Just over ten years ago when Diane Ravitch signaled that she was about to leave the corporate ed reform ship and walk ashore as an apostle of the Resistance, I and many others were hoping to read The Death and Life of the Great American School System as a roadmap to the inner workings of the corrupt education reform establishment.  Finally, I thought, if the world was ever to know the full story of the seminal events that had misshaped, corrupted, and, otherwise, damaged public education over the three prior decades, an insider-backslider like Diane Ravitch might be the one who could spill the beans.  After all, as an historian, wouldn't she want to set the record straight as part of her redemption plan?

What was the inside scoop, for instance, on the manipulations of NAEP cut scores to make American students appear underprepared and their schools grossly negligent in preparing them?  Diane was on the scene when those cut scores were set in stone by Checker Finn, who served as President of NAEP's Governing Board in 1989:

In an article titled "A Test Everyone Will Fail," the late Gerald Bracey (2007/2011) wrote this about the manipulated NAEP cut scores and why nothing has ever been done since 1989 to make them realistic metrics of American student achievement:


. . . these numbers are useful as scare techniques and bludgeons. If you can batter people into believing that the schools are in awful shape, you can make them anxious about their future and you can control them. In the 1980s the schools-suck-bloc used such numbers to make us fearful that Japan, now emerging from a 15-year-long recession-stagnation was going to take away all of our markets; today India and China play the role of economic ogres.


The National Assessment of Educational Progress has gotten, I think, much stronger. When Checker [Finn] was chairman of the NAGBE Board, the governing board, they created real standards so that now we are able to report periodically to the nation about where American kids are in terms of learning different important subject areas in their school studies.

And to this day, Diane has said nothing in any of her three books written since 2010 about this ongoing scandal. The same scandalously high proficiency levels remain scandalously high and "fundamentally flawed," and they are the same unreachable proficiency targets that "reformers" use to hammer schools whenever new NAEP results are published.

And so it quickly became clear even in my initial reading of The Death and Life . . . that Ravitch was much less interested in blowing the whistle than preaching a message of redemption to her former allies.  Rather than sharing the facts about the NAEP scandal or the two other prominent scandals that will be the focus of Parts 3 and 4, Diane has offered the education reform establishment homilies, tsk-tsks, and finger wagging.

Meanwhile, the real history American education policy's greatest manipulations remains untold by someone with all the facts to tell it.  To this day, Diane regularly presents the education reform establishment as simply misguided and misinformed individuals and organizations with good intentions, rather than as an ideologically and cash-driven movement to monetize and privatize public institutions.

Gov. Andrew Cuomo unloads on protesters: 'Get a job as an essential worker'

As Data Becomes "New Oil," Your Mind is for Fracking

I urge you to read the results of Alison McDowell's latest investigations into the new Silicon Valley money fronts, as Google, Apple, Microsoft, etc. angle to become the 21st Century equivalents of the early 20th Century oil barons.  As Alison points out, "[d]ata is the new oil and the electrical engineers and innovative financiers of Silicon Valley have teamed up to devise a plan to frack it from our minds and from our bodies while framing it as a social good."

Here's an example below of a patent request (click it to enlarge) that Microsoft filed this year.  I think it offers a pretty clear picture of efforts of a new capitalist model based not on "pay to play" but, rather, "get paid to play." Of course, the crypto-crumbs to be collected by human data-fuel sources will be insignificant in comparison to the real money saved by efficiency-seeking governments dependent upon Silicon Valley's social steering contractors. 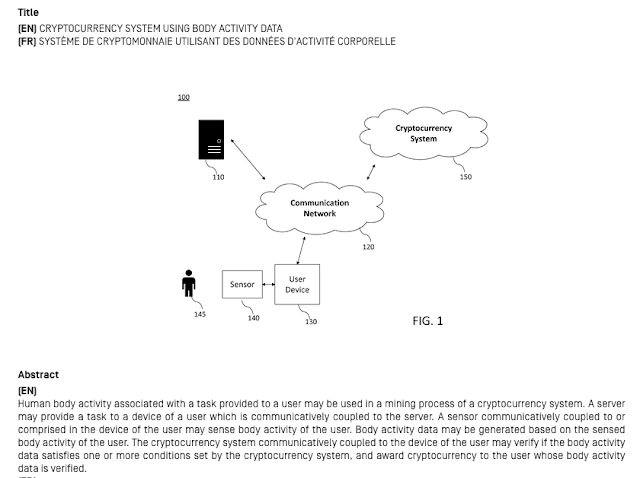 Diane Ravitch’s Slaying Goliath: The Passionate Resistance to Privatization and the Fight to Save America's Public Schools is the latest of the Good Diane’s three books written since the Bad Diane departed the corporate education reform ship around 2009, just as it was running into stiff headwinds from a fierce storm front developing over No Child Left Behind, which at the time was devastating thousands of public schools and threatening tens of thousands of others.


In this third installment of the Good Diane’s recurring mea culpa and political distancing exercise from the Bad Diane’s 30 years of service to the corporate education reform agenda, the Good Diane makes a consistently-shaky case for the imminent victory of the “Resistance” over the “Disruptors,” of good over evil, of educators over the edupreneurs, of the informed over the clueless, of Davids over Goliaths, and, most importantly, of Diane Ravitch over her own past.

She explains in The Death and Life . . . that the harmful effects of the policies she previously spent so much effort pushing became clearer to her only when she descended from her flyover view as a high-rolling policymaker and edu-elite, where she had used her positions of power “looking at schools and teachers and students from an altitude of 20,000 feet and seeing them as objects to be moved around by big ideas and great plans” (p. 10).


As the emerging Good Diane explained, sort of, in The Death and Life. . . , it was around 2008 when the Bad Diane began to notice a negative aspect to the privatization of the public schools, which she had actively supported since the Reagan Era.  Yet even as the Good Diane inside the Bad Diane grew more worried that her privatization agenda might finally be realized, she continued to cycle from one conservative think tank to another, discussing abstractions such as “choice,” “national standards,” and “accountability” with the likes of Paul Peterson,Terry Moe, and Checker Finn.


Finally, when it became clear that her think tank pals planned to do nothing to alter the original timing device on the bunker-busting bomb buried in No Child Left Behind, which, by 2008, had become a toxic mess that was increasingly unpopular, the Bad Diane began to flounder for real.  A political esthete with a preference for debate over bomb making, the Good Diane says that, by 2009, her “basic conservatism about values, traditions, communities, and institutions” finally forced her to see the light: It remains a little unclear as where those “values” had been stored during the Bad Diane’s 30-year membership in the Privatization and Testing Accountability Club. When I now read the excerpt just above from The Death and Life. . ., it seems as likely as it did 10 years ago when I first read it that the Bad Diane knew from the beginning that the NCLB bomb to blow up public schools was armed even in 2002, when the 100 percent proficiency timer started ticking.

Was it her "basic conservatism" that led her finally to salvation, or was it a realization that she had become a callous careerist on the wrong side of history? We'll probably never know, even though Ravitch is still making the distinction between the Bad Diane of her past and the Good Diane of the present. Just last week, for instance, in an interview with Education Week, she said, “In the last 10 years, I’ve become an activist on behalf of public schools and the importance of public education in a democracy, and this is a big change in where I was before then.”  (By the way, the five minute clip of the interview is worth watching, as it fits the corporate union version of the "Resistance" comfortably within the Clintonian boundaries that Joe Biden's candidacy demands.)

What we do know is that every other insider knew that, from the get-go, NCLB was a device to blow up public schools. That's where Part 2 of this meditation will begin.