Parnas and Fruman Brief Trump on Need to Remove Ambassador

This could be any two-bit Manhattan gangster being briefed by his hit men, but in this case, it happens to be the President of the United States taking advice from his henchmen, whose job it is to get a foreign government to stage a phony investigation designed to help Trump win the 2020 election.

“In the long run, charter schools are being strategically used to pave the way for vouchers. The voucher advocates, who are very powerful and funded by right-wing foundations and families, recognize that the word voucher has been successfully discredited by enlightened Americans who believe in the public sector. So they’ve resorted to two strategies. First, they no longer use the word “vouchers.” They’ve adopted the seemingly benign phrase “school choice,” but they are still voucher advocates.” — Jonathan Kozol

The end goal of school privatization projects like charter schools has always been vouchers. While both charters and vouchers prevent the public from being able to control the curriculum taught with public dollars, vouchers are far worse in that regard. Vouchers represent an attack on democratic institutions and they represent an attack on rationality in general. Espinoza v. Montana Department of Revenue, a case about to be heard in front of the Supreme Court of the United States (SCOTUS), could open the flood gates to scare community tax dollars being squandered on dominionist curricula and schools that can openly discriminate. 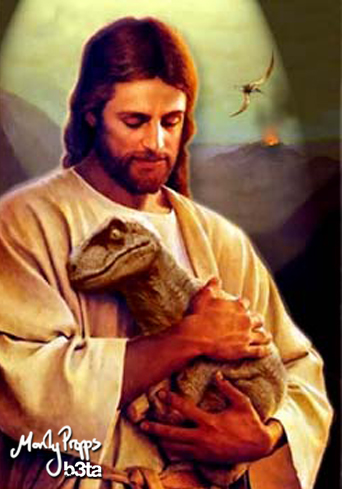 With a SCOTUS populated by arch-reactionaries like Kavanaugh and Gorsuch, it's highly likely that the Establishment Clause of the First Amendment will either be ignored or explained away in order to justify funding extremist religious organizations. You know Espinoza v. Montana Department of Revenue represents a major threat to public education when charter-voucher promoting organizations like the Center for Education Reform file an amicus brief in favor of the right-wing plaintiff. Reactionaries Jeanne Allen and Paul Clement also got a piece published in Time in favor of using public funds to teach religious extremism.

What happens when your charter school brand is so poisonous that you can't find enough teachers to staff up?  Administrators at Booker T. Washington KIPP HS have come up with a self-serving answer: recruit high school students to teach other students.

KIPP stands to save millions of dollars when the program is fully operational, and KIPP might even be able to grow its own unique brand of prison guards teachers who may be arm-twisted into coming to work at KIPP once they are actually certified to teach.

Meanwhile, students must depend upon other students for what they are taught.  A clip:


KIPP's new program, called the Alumni Teaching Force, allows students to get in-classroom experience helping younger kids, and then college support after their senior year. If students are interested in becoming educators, assigned counselors help them map out coursework to make sure they're on track to get needed credentials or certifications.

With the program, officials also hope to build a teacher pipeline back to KIPP New Orleans, which next school year will operate nine campuses throughout the city. If students get an A in the class, they're guaranteed a teaching or staff position at one of those schools after getting their certificate.

"Bug In Ear" Coaching Marketed by Bug in Brain Consultants

If there is a bad idea out there being pitched for the education industry to make some bucks while pushing more social control and surveillance, Education Week is sure to be on the story.  A recent entry is something called "Bug In Ear" coaching, whereby the teacher wears an earpiece while simultaneously teaching and receiving instructions from a coach at a remote location.


How any classroom teacher could think this is a good idea is ridiculous on its face. It was developed by salesmen selling total compliance discipline and marketed first through KIPP (Kids in Prison Program).
Here is an account of one former KIPP teacher who shared her experience with this intrusive and entirely disrespectful intervention:

One teacher’s low point came as a result of being chosen as the new teacher who would get “special help” from a consultant hired by KIPP to help the school better monitor student behaviors that this teacher had never known were so important until she came to KIPP:

The consultant had what he advertised as a sure-fire system based on constant narration of good and bad behaviors that all teachers were to apply. This new teacher admitted she was both skeptical and somewhat resistant, which ended in her having to wear an earpiece as the consultant stood in the back of the room whispering instructions into her ear:

. . . it just really bothered me that I had to do it this specific way, and it got to the point where he had me wearing like an earpiece, and he was standing in the back of the room, watching me lead my class, and I was so uncomfortable, I was sweating, and then, I had to do this sequence of directions the way that they wanted me to, and he would tell me into my earpiece what I was supposed to be saying to the kids. And it was just really weird, because there were like 27 kids; they were really good kids, but they had to be like perfect, and I—I just—I didn’t believe in it, and I didn’t agree with it, and [in] meetings with him I was crying, talking to this consultant, saying like I just don’t believe in this—I don’t get it, and I was just really encouraged, like well, this is how we’re doing it, so this is how we need you to do it.