A few months ago, unknown to or unreported by the Indianapolis public media, IPS supt. Lewis Ferebee joined the school reform movement in a major way, landing a fellowship at the Broad Academy founded by California billionaire Eli Broad, a former Obama supporter and close friend of the Clintons who was behind a recent  $490 million plan with other reformers to charterize Los Angeles, hoping to place half of the city’s students in charter schools.
The Broad Academy is notorious for training CEOs to become school superintendents nationwide to dismantle school districts.

According to a Broad Academy press release on April 12, 2017, Ferebee was chosen as a Broad Academy Fellow because since he has led the district, “IPS is more agile and more capable of responding quickly to each school’s specific needs,” now offering “innovation and autonomous schools additional flexibilities in organizing school-level resources for maximum benefit to students.”

Even though he has worked to eliminate traditional public education across the country, giving to Teach for America, Teach Plus, and hundreds of other reform groups, Eli Broad is best-known in Indiana for donating $50,000 to Tony Bennett’s campaign for state school superintendent in 2012, as I note in Hoosier School Heist.

It is not known how much the Broad Foundation has given to the Mind Trust, but the Mind Trust lists it as a donor in its 2012 annual report (page 15).  The Mind Trust was more than happy to tweet its congratulations to Ferebee after the Broad announcement.

This is more bad news for the parents, students, teachers, and community members in Indianapolis.  Lewis Ferebee is on his way, and if more money from Broad starts sneaking into Indiana, we have serious trouble.
at 3:43 PM 2 comments:


When comparing these [voucher] students' achievement after the switch to their test scores the previous year, the researchers found:

In English/language arts (ELA), voucher students showed no benefits.
These results echo what other researchers have found: that voucher students often backslide academically after switching to private school.

Email ThisBlogThis!Share to TwitterShare to FacebookShare to Pinterest
Labels: vouchers

Diane Ravitch's Network for Public Education (NPE) recently published a position statement on charter schools that directly challenges her widely-heralded commitment to quality public schools for all children who choose them.

NPE's new statement on charter schools explicitly acknowledges that Ravitch and her corporate union patrons support the continued operation of the nation’s 7,500 segregated charter schools, now draining away billions of public dollars each year for the principal benefit of racist corporate colonizers in urban communities (my bolds):

. . . we recognize that many families have come to depend on charter schools and that many charter school teachers are dedicated professionals who serve their students well. It is also true that some charter schools are successful. We do not, therefore, call for the immediate closure of all charter schools, but rather we advocate for their eventual absorption into the public school system. We look forward to the day when charter schools are governed not by private boards, but by those elected by the community, at the district, city or county level.

Unfortunately for the supporters of quality public schools for all children who choose them, NPE offers no plan for how Diane’s “look forward” to the eventual "absorption" of charter schools might occur or to how public governance of charters might be achieved.  No demands are made, and no strategy is outlined.

It seems too much to ask, I think, that we should expect the operators of the nation’s 7,500 charter school, which now make up almost 10 percent of K-12 American schools, will tire of the billions of public dollars collected each year for implementing the paternalist dehumanization program that white philanthropists have chosen for the children of the poor.

When Diane claims that “some charter schools are successful,” we may reasonably assume that she is referring now, as she has in the past, to those KIPP Model schools that are so effective culturally sterilizing and behaviorally neutering black and brown children in urban centers.  Since 2010, Diane has acknowledged the "wonderful results" that KIPP Model schools produce.  At Rice University in 2010, she said:

“What I want to say to KIPP, because I really really admire what you are doing. You have an excellent reputation, you get great results. Thousands of new charters will be created in the wake of your success. But your results are not typical.

Two years later in 2012, she issued a further challenge to KIPP, Inc.:

Take them all?  Really?  Even if KIPP wanted to “take them all,” which they do not for fear of damaging their brand, what could be more distressing than the thought of all disadvantaged urban children in KIPP Model schools?

Sadly, KIPP Model schools have earned their reputations as zero tolerance segregated testing chain-gangs where cultural scrubbing, character manipulations, and neurological alterations of segregated populations have become the preferred methods for “improving” the oppressed and their communities, thus making them assets rather than liabilities.

Meanwhile, Diane continues to ignore the racist compliance training that the KIPP Model's "Broken Windows" brand of schooling imposes, which has made KIPP and its many emulators the favored tax-deductible charities of corporate elites from both political parties.

Even as the white supremacists who now occupy Washington try to turn back the clock to the Jim Crow Era, new efforts to integrate schools are underway in Dallas:


Rather than admit students by grades, test scores or auditions, which tends to turn schools into enclaves of affluence, these schools admit them by lottery, with no admissions standards. They are organized around popular themes like single-sex education, science, the arts, bilingual classes and professional internships.
Most strikingly for a district where 90 percent of students are low-income, the district is setting aside seats in several of the new schools for students who do not qualify for free or reduced-price lunches, even if they live in suburbs outside the district. Those coming from other districts do not have to pay tuition, and though Dallas will not receive school property taxes from their families, it will get funding from the state for each traveling student.
By relying on income instead of race, Dallas is following guidelines from the Supreme Court, which in 2007 declared it unconstitutional to consider race as a factor when assigning students to schools.
at 8:02 AM 1 comment: 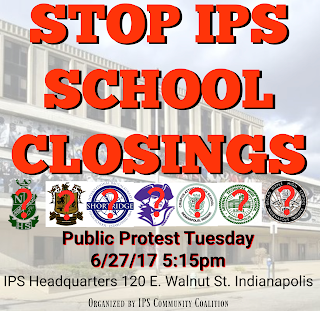