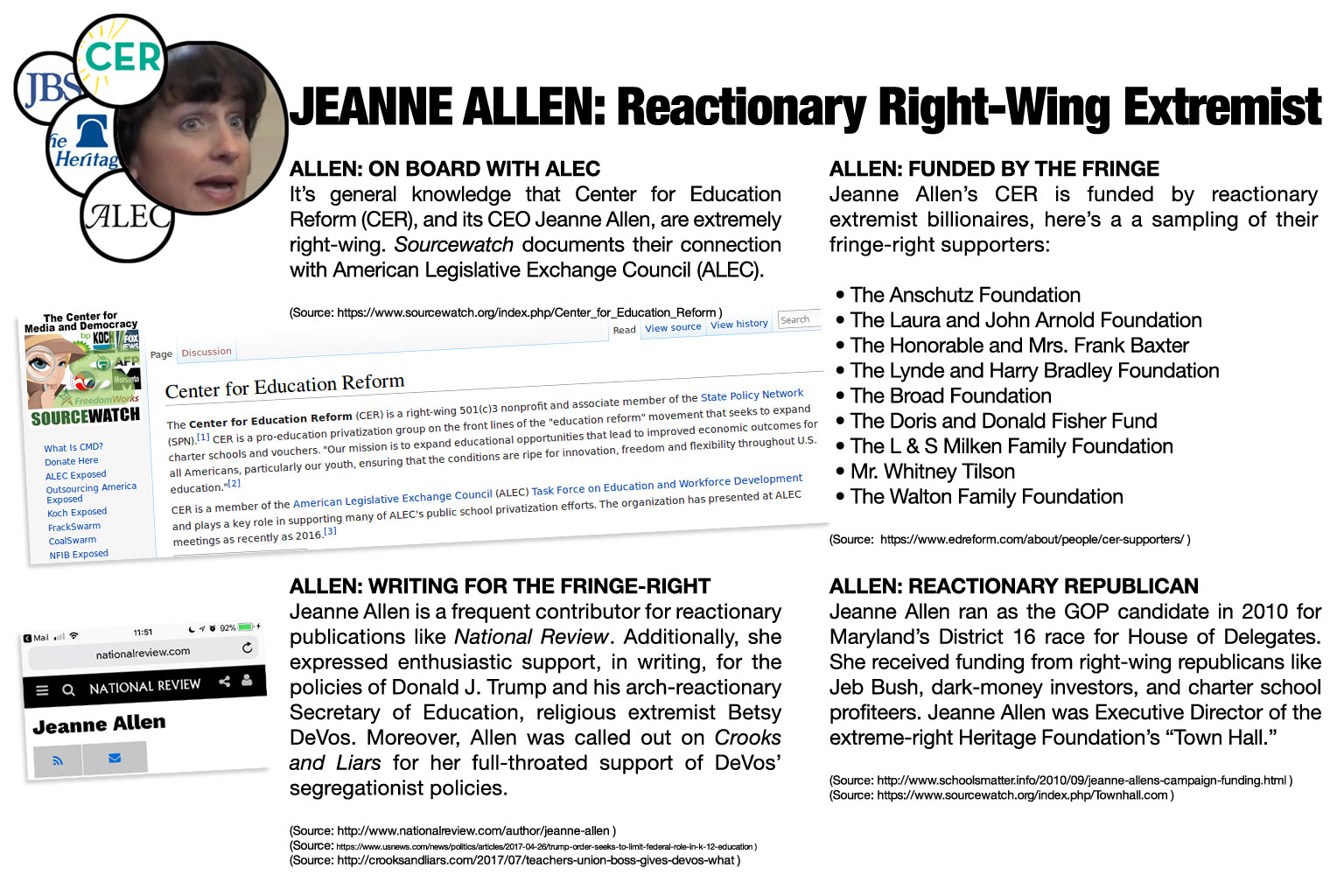 Allen: On board with ALEC

Allen: Funded by the fringe

Jeanne Allen’s CER is funded by reactionary extremist billionaires, here’s a a sampling of their fringe-right supporters:

Allen: Writing for the Fringe-Right

Jeanne Allen is a frequent contributor for reactionary publications like National Review. Additionally, she expressed enthusiastic support, in writing, for the policies of Donald J. Trump and his arch-reactionary Secretary of Education, religious extremist Betsy DeVos. Moreover, Allen was called out on Crooks and Liars for her full-throated support of DeVos’ segregationist policies.

Jeanne Allen ran as the GOP candidate in 2010 for Maryland’s District 16 race for House of Delegates. She received funding from right-wing republicans like Jeb Bush, dark-money investors, and charter school profiteers. Jeanne Allen was Executive Director of the extreme-right Heritage Foundation’s “Town Hall.”

Brief history on how this meme came about. I recently tweeted about Allen in connection to an article I saw another activist post about her.

My tone not comporting, to steal from Professor Dylan Rodriguez, with the norms of "white civil society" caused some consternation with the reactionaries inhabiting #EdReform Twitter. Here are a few of the more notable responses:

Remember, it is always the *other* side that is "extremist." https://t.co/KLvBwGZNrN

I'm a life long Dem. @JeanneAllen is a "right-wing"extremist because she stands up for low income children of color? Now I'm confused...