Farah Jimenez is a member of the Philadelphia School Reform Commission and current director of the Philadelphia Education Fund (PEF), a nonprofit that hosts monthly conversations on topics related to public education in Philadelphia. These days, if you want to attend one of their Education First Compact meetings, you’re going to have to jump through a lot of hoops. That wasn’t previously the case. Advance registration for meetings is now required, a policy put in place after Ms. Jimenez was hired in April 2016. When registering via the website, attendees are strongly encouraged to financially support the organization as either a series subscriber or by purchasing individual tickets. Corporate and foundation subscribers pay $750, while individuals pay $100; though there is the option to donate more. 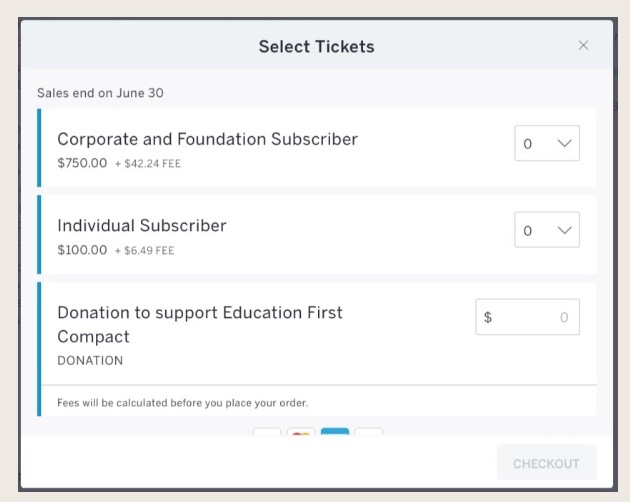 Until this month you could secure immediate admission to meetings via online registration without paying anything, as long as free tickets were available. However, a recent policy change states anyone who is not a paid subscriber is now automatically put on a waitlist. This policy will allow PEF to screen out people they deem undesirable, without requiring them to rescind tickets that have already been granted. PEF has done this to me twice, and not just to me, but to at least two other activists. There is a clear sense that Compact meetings are not meant to be truly “public” meetings, even though PEF’s mission revolves around public education. At the beginning of the December Compact meeting Jimenez stated that what was said in the room stays in the room; that nothing be shared via social media. I understood that to mean these are essentially closed-door discussions. So, moving forward if a person wants to have access to these discussions they have to 1) be willing to pay or 2) not voice any questions or opinions that might upset the people deciding if they get into the next meeting. That is a huge problem.