Per usual, corporate media has done a poor job in uncovering the facts surrounding the grand larceny committed by KIPP DC's Senior Director of Technology, Kevin "Scooter" Ward.  Had the federal government not filed a civil lawsuit last week to recover the real estate, cars, motorcycles, art, sports memorabilia, and cash that Ward ripped off over a period of 18 months, we probably would not know about the heist.

You see, KIPP DC never publicly reported this massive embezzlement, even after Mr. Ward committed suicide in January 2022, just about a month after KIPP DC reportedly noticed that millions of dollars had been spent with nothing to show for it.

Only because of the federal complaint, we now know that between April 2020 and August 2021 Ward was able to place phony orders through a phony company for computers, software, tablets network services, and other information technology services for more than $2.2 million. 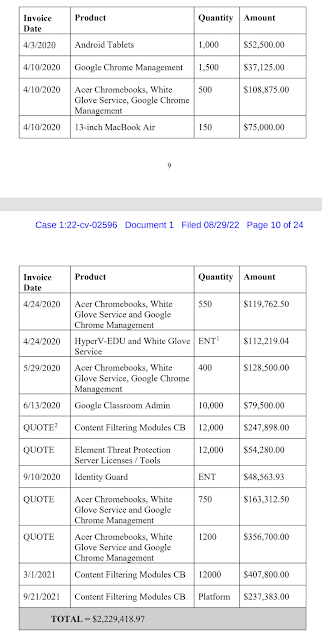 Even though KIPP DC never received a single tablet, computer, or software item, KIPP DC promptly wrote checks to the phony tech company, Tenret Tech, which was created by Ward. 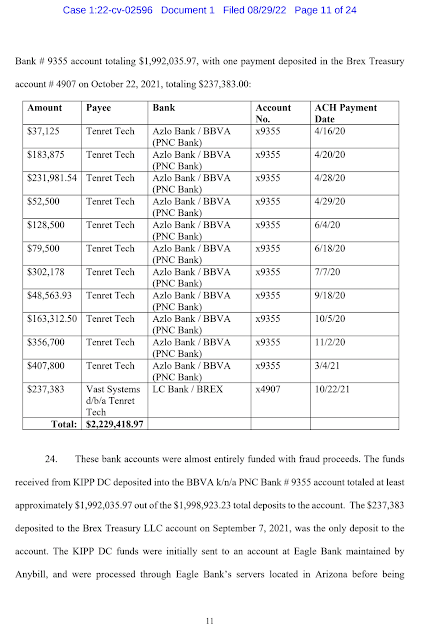 For 18 months, checks were deposited to bank accounts owned by Ward, which he used as his personal piggy bank to buy all sorts of fun stuff, including a Ducati motorcycle, two Teslas, and an Alfa Romeo.

Did no one at KIPP DC wonder why none of the thousands of laptops and tablets were ever received?  Did KIPP not need all the technology that the charter chain wrote checks for during a pandemic when kids were doing virtual school?  Does KIPP DC have so much of the taxpayers' money that $2.2 million spent with nothing to account for it just doesn't matter?  Maybe.