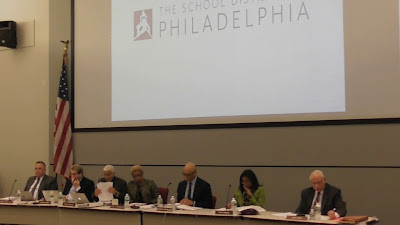 The School Reform Commission denied six of seven applications for new charter schools on Thursday, heeding evaluations by the Charter School Office and information from follow-up hearings that raised significant questions about most of them.

Among those rejected were an elementary school in Yorktown proposed by Mastery, the largest charter operator in the city; two schools to be managed by ASPIRA Inc. of Pennsylvania; and a middle school on the Franklin Towne campus in Bridesburg, which already provides grades K-12.

Also rejected were bids from two new operators. The Asociacion Puertorriquenos en Marcha (APM), a community organization that builds affordable housing and runs preschools, wanted to open a K-8 school in North Philadelphia for 702 students. And Hebrew Public, a nonprofit that runs four schools in New York City, sought to operate a dual-language K-8 school in East Falls in which students would learn Hebrew and study the history of Israel.

The one that was approved, a third MaST school in Far Northeast Philadelphia, had significant conditions attached. One condition cut its planned enrollment in half – from 2,600 to 1.300. Another required that the school accept half its students from certain zip codes so that it can attract a more diverse population. And under a third, it must work to provide transportation to kindergarten students, because the District doesn’t provide transportation for them and the expectation is that many students will travel some distance to the school.

With the conditions, the MaST vote was 5-0 in favor.

Also see:
APPS members have an Op Ed in the Philadelphia Inquirer protesting the lack of transparency in Mayoral selecction of a new school Board

by Richard Migilore and Karel Kilimnik
Unlike those in every other school district in the state, and in almost every district in the nation, we the people of Philadelphia continue to be disenfranchised in the governance of our public schools. To make matters worse, the return to local control, after the 17-year reign of the state-imposed School Reform Commission, will devolve into one-person control unless our elected officials take steps to guarantee the independence of the new school board.
Following the mandates of the current City Charter, Mayor Kenney appointed a 13-member nominating panel, which is scheduled to hold a public meeting Monday and vote on a list of names that Kenney will draw from to select a nine-person school board. The mayor had directed the panel to hold previous meetings in executive session, effectively barring members of the public from witnessing or taking part in the process in any way.
This absolute control by the mayor can be mitigated in several ways. First, the nominating panel, under the leadership of Chair Wendell Pritchett, should have opened all of its meetings to the public. As city officials, members of the panel are obligated to obey all laws, including the Pennsylvania Sunshine Act, which codifies the right of the people to witness the actions of all government officials, whether elected or appointed.
Click here to read the entire article.