The Whale Coughs Up Jonah to Do Damage Control 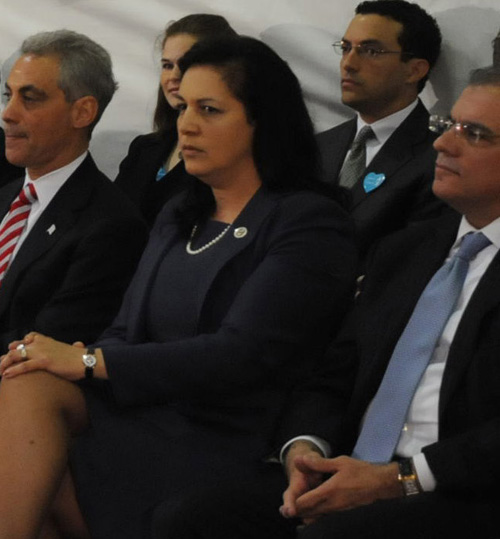 Photo by George Schmidt for Substance News (Jonah the Day He Got Made and Swallowed)
The Oligarchs' lawyers were up late last night spinning a line of contrition for the arrogant a-hole, Jonah Edelman, after his 14 minutes of fame that was publicized days ago by George Schmidt at Substance News in Chicago and Susan Ohanian and later picked up by Fred Klonsky.  Here is one example of, first, Jonah today, and, second, Jonah a few days ago, as the Prince of Neoliberal Arrogance said what he really meant:

Jonah today, upon emerging from the belly of one pissed-off whale:

Chicago Public Schools will be able to lengthen its school day and school year in order to give teachers more time to help students learn and to plan and collaborate.

Jonah at Aspen a few days ago (the last couple of minutes of video below):


It's going to allow the new mayor and CEO to lengthen the day and year as much as they want--the unions cannot strike in Chicago--they will never be able to muster the 75 percent threshold to strike.

And the whole framework for discussing IMPACT [the teacher evaluation and compensation plan based on test scores], you know the compensations that will be necessary, are set up through the fine print we approved to insure that the fact-finding recommendations that are non-binding would favor what we consider to be common sense.

So that's what happened . . . and we're talking about an opportunity now for transformational change across Illinois, in that principals will have the power to dismiss ineffective teachers, that they will be able to hire who they want, that they will no longer be forced to accept teachers they don't want in their buildings, and when layoffs happen they will be able to let people go based on performance, not seniority.  And in Chicago, they will be able to lengthen their day and year which has been just a horrible inequity for decades.  And all this was the narrative of the union leadership because it was a fait accompli, they decided wisely that they would pursue a win-win. We gave them the space to win and (not understandable phrase).  And now it makes it hard for folks leading unions in other states to say these reforms are terrible because their colleagues in Illinois just said these are great.  So our hope is to use this as a catalyst to very quickly to make similar changes in other very entrenched states.  That's the overview.