I asked Doug Martin, my colleague at The Common Errant and a dogged investigator of politico-corporate-educational malfeasance, to help us interpret the misleading graphic presentation offered by Rachel Brown for The Atlantic's Reform Pamphlet.  Ms Brown seems to be responsible for page 87; I don't think it's appropriate to say she wrote it as it is primarily a presentation of "content" I would compare to what Netflix offers as a selection screen for the under-7 "latch-pc" crowd (this is exemplary of what is actually being learned by children).  That is I would compare both the content and the presentation with "Just for Kids." 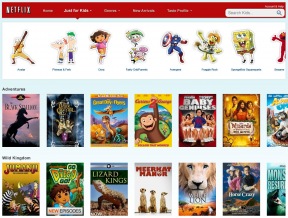 Page 87 is called "New Advocates, New Ideas" in the print version but online it's titled "The Education Upstarts."

Let me just say that I applaud the online title as being interesting if not entirely apt.  Perhaps definition number two fits, but I doubt if any of the parties detailed in Brown's piece (and rather differently detailed below) could be described as coming out of humble origins.

Upstart:
1.  a person who has risen suddenly from a humble position to wealth, power, or a position of consequence.
2.  a presumptuous and objectionable person who has so risen; parvenu.

But perhaps it is Rachel Brown who is an "upstart."  Let's take a quick look at our ostensible "author."  The Atlantic helpfully discloses Brown's bias and in so doing discloses its own.

Rachael Brown works for Bellwether Education Partners, a nonprofit organization that aims to improve educational outcomes for low-income students. (Note: Bellwether works with Stand for Children, and one of Brown's colleagues is on the board of Democrats for Education Reform.)

RACHAEL BROWN is an associate with Bellwether Education Partners, a non-profit organization working to improve educational outcomes for low-income students. Before joining Bellwether, Rachael was an associate editor with The Atlantic, and coordinated digital strategy for Strong American Schools’ ED in ’08 campaign. She previously taught high school English with the District of Columbia Public Schools as a Teach for America corps member, receiving the Symantec Award for Innovation in Teaching in 2007. She has written about education for The Atlantic, The Guardian, and National Journal, among other outlets. Rachael holds an MA from American University and a bachelor of fine arts from Emerson College.

Steeped in reform and deeply "connected."

Let's look at a Bellwether partner and co-founder, Mary K. Wells.  This will need no comment:

MARY K. WELLS is a co-founder and partner at Bellwether Education Partners, a non-profit organization working to improve educational outcomes for low-income students. Prior to co-founding Bellwether, she established an independent consulting practice serving education reform organizations with a focus on growth strategy, partnership opportunities, business planning, organizational development, and implementation planning. Recent clients include the Denver School of Science and Technology, Teach Plus, YES Prep Public Schools, and the New Teacher Project.

Ms. Wells has worked as a private sector consultant, an investor, and a nonprofit executive. From 2005 to 2007, she designed, launched, and managed the Texas Science, Technology, Engineering and Mathematics (T-STEM) Initiative for the Texas High School Project. T-STEM is a $71 million initiative to improve the quality of math and science education in Texas and to expand the pipeline of highly skilled employees qualified for careers in the economy of the 21st century. She also managed the New Schools portfolio for the Texas High School Project, which included investments in high-performing charter schools and school developers.

Ms. Wells brings extensive experience from the private sector. She was a manager and consultant with Bain & Company, where she worked primarily with Fortune 500 companies on growth strategy, new business development, and post-merger integration issues. She was with Bain & Company for over seven years. During that time, she advised Boston Public Schools on the creation and implementation of small learning communities within their comprehensive high schools on a pro bono basis.

Mary has been a busy little privateer!  These insidious connections serve to strengthen our understanding that the forces "innovating" our educational systems are simply "innovating" careers out of children, out of lives that have no knowledge of their status as raw material for the edu-production line, and no ability to "stand for" themselves against the duplicitous greed of the Bain-ites, like Mary Wells.


But the guy who must sell the most tickets at Bellwether is co-founder Andrew J. Rotheraham who writes a column serving corporate reform at Time Magazine.  Here's one of his recent columns praising the corporate funding of reform, "Can GE Bring Common Core Standards To Life?" (cute) that seems tailor-made to illustrate Paul Goodman's explanation of our "empty society" delivered 50 years ago in his Massey Lectures.

...the GE Foundation, the philanthropic arm of the multinational General Electric Company, announced a landmark $18 million investment to support state implementation of the new Common Core standards and train teachers how to use them. It is sure to set off alarm bells among critics of education reform who worry that too many companies are trying to treat school productivity like a business problem. But the truth is the GE gift is a reminder of how rare meaningful corporate involvement actually is....

But while plenty of business dollars flow into education, privatization is a sideshow, and, as a rule, corporations are skittish about taking on the really contentious issues in education reform....

So forget all the rhetoric about corporate education reform, since no one can really define what it means anyway. And forget, for a moment, whether you agree with the Common Core project. When school reform gets tough, mettle and commitment from companies is pretty rare.

Move along, nothing to see here.  Ridiculous, of course.  But it matters not a jot when giant corporations pay people to say any old thing at all especially if it benefits another giant corporation.

Here's Goodman, and remember, this was 50 years ago...nothing new under the sun.

Just now, General Electric and Time, Inc., that owns a textbook house, have put nearly 40 millions into a joint subsidiary called General Learning.  And an editor of Life magazine has been relieved of his duties for five weeks, in order to prepare a prospectus on the broad educational needs of America and the world, to come up with exciting proposals, so that General Learning can move with purpose into this unaccustomed field.  The editor has collected and is boning up on the latest High Thought on education, and in due course he invites me to lunch, to pick my brains for something new and radical.  "The sky," he assures me, "is the limit."..."Perhaps," he tells me at lunch, "there is no unique place for General Learning.  They'll probably end up as prosaic makers of school hardware.  But we ought to give it a try."

Consider the premises of this odd situation, where first they have the organization and the technology, and then they try to dream up a use for it....The competence required is to have a big organization and sales force, and to be in, to have the prestige and connections plausibly to get the subsidy.  Usually it is good to have some minimal relation to the ostensible function, e.g., a textbook subsidiary related to schooling...or learning.  But indeed, when an expanding corporation becomes very grand, it generates an expertise of its own called Systems Development, applicable to anything....

The Dirty (Half) Dozen

As promised, Doug Martin provides us with some thumbnail insight into the truth behind these groups that the privatizing group Bellwether Education Partners is promoting as most likely to abscond with your tax dollars.  (Here's a link to one of Doug's most detailed pieces about how these folks conduct their dirty business--this post focuses on Philadelphia--"In the City of Corporate Love...")

Who: Jonah Edelman used his mother’s civil rights’ name to woo hedge fund managers to buy out Illinois Democrats who, for campaign donations, decided to throw teachers under the bus with Senate Bill 7, which stresses teacher “performance” and eliminates seniority-based layoffs, among other things.

What: In the last few years, Stand for Children has collected millions from the Gates and Walton foundations, and Penny Pritzker, Hyatt Hotel heir and Obama and Rahm Emanuel supporter, gave the group $300,000 recently to help destroy the jobs of senior teachers, as the New York State Teachers' Retirement System committed  $50 million to Pritzker’s Artemis Real Estate Partners Fund.

There is an extensive post on Edelman at The Common Errant: "The Harthouse Exemplar."

Cory Booker:  As an adviser to the Betsy DeVos family funded Black Alliance for Educational Options, Newark, New Jersey, mayor Cory Booker is, as Glen Ford has called him, a “Trojan Horse for the rich ring-wingers” out to privatize public education.

What:  DFER inspires rich people to use Bill Clinton’s New Market Tax Credits to lend money to corporate run charter schools which use taxpayers’ money to pay back the loan with interest, increasing the hedge fund managers’ money double fold in a matter of a few years.

Recently at the Global Leadership Summit, Cory Booker schmoozed with corporate Christians and Michelle Rhee. To help his Newark school privatizing scheme, he depends on the Mark Zuckerberg and Bill Gates coffers, not to mention the donations of Eagle Capital Management’s Elizabeth and Ravenel Curry, who have generously funded Education Reform Now, a group tied closely to the Democrats for Education Reform where their son is a board member and Booker is an advisor. Booker has been in the pockets of rich white people who hate poor black kids for years now.

What: To create a full-blown assault on the public schools until Milton Friedman’s corporate world order is accomplished.

Who: Teach for America-spun corporate front group.
What: To use the money Bill Gates doesn’t pay in taxes to help fire senior teachers and replace them with a temporary scab workforce of rich kids who have never met a poor student in their lives.

Foundation for Excellence in Education

Who: Jeb Bush and the Billionaire Boys’ Club
What: To funnel taxpayers’ money to his friends at Charter Schools USA and others, Jeb Bush founded this group to take money from the hate group Bradley Foundation, Bill Gates, McGraw Hill, Pearson, K 12, Inc., State Farm, and other corporate neighbors to spread propaganda. It is all about helping friends in high places for the Bush family.

This group is often plugged hard by the Friedmanite lapdogs found at the University of WalMart (Arkansas-Fayetteville) and "Jay P. Greene's Blog."  Here's a post from the Errant: "Occupy School Reform."

NewTLA:
Union-busting in L.A.  Simple as that.  "NewTLA improves union governance through greater representation of the many voices within UTLA."  Here's a warning: "Beware: NewTLA is Attacking Seniority Protections."  Union infiltration.

Here's an interview with "co-founder" Mike Stryer at the "teacher-restructuring" site NCTQ.
Here's the money-quote:

Bearing in mind that certain things can only be changed through the state education code, the new collective bargaining agreement must include a new, revamped evaluation system. A well-developed system, with multiple evaluation points, is a linchpin for so many needed educational reforms.

My favorite clue to the bipartisan nature of the way these reformers collude in order to sell labor out is that this group is labeled "progressive."

***
A Little Something for Everyone in the Reform Racket

I thought too you might enjoy this laundry list of reform "partners" that are classed under "Who We Work With" at Bellwether.  This is the new economy and has nothing to do with learning.