The neocons under Reagan and then under George 2 pushed the Republican Party so far to the Right that the political center is now parked in Barry Goldwater former front yard, so that what appears as center right now would have qualified as lunatic fringe by most Americans 45 years ago when Goldwater politics carried Arizona and five states in the heart of Dixie.

From Paul Krugman at the NYTimes:

What do you call someone who eliminates hundreds of thousands of American jobs, deprives millions of adequate health care and nutrition, undermines schools, but offers a $15,000 bonus to affluent people who flip their houses?

A proud centrist. For that is what the senators who ended up calling the tune on the stimulus bill just accomplished.. . .

One of the best features of the original plan was aid to cash-strapped state governments, which would have provided a quick boost to the economy while preserving essential services. But the centrists insisted on a $40 billion cut in that spending.

The original plan also included badly needed spending on school construction; $16 billion of that spending was cut. It included aid to the unemployed, especially help in maintaining health care — cut. Food stamps — cut. All in all, more than $80 billion was cut from the plan, with the great bulk of those cuts falling on precisely the measures that would do the most to reduce the depth and pain of this slump. . . . 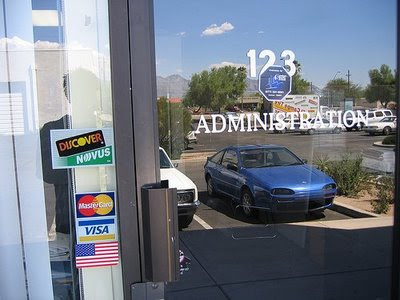 One of the last things "centrists" want to see from the Feds is public school support, whether it is new buildings and equipment or assistance to state departments of ed, which are now totalling up how many art, music, social studies, and health teachers will have to axed and how many reading and math classes will have to be combined in their states. For the "centrists," you see, any additional state aid for education would get in the way of the charter privatization juggernaut, which allows "schools" to operate out of strip malls, shut down Pizza Inns, or shuttered public schools, where teachers are not required to have the proper training and where they are paid, on average nationally, 20% less than public school teachers. Oh yes, they will be managed by the out-of-work "free market" acolytes who lost their asses and their jobs during our recent round of "free market" gorging.

This is all part of the third-worlding of middle America that is envisioned by the "centrists." Talk is circulating in Georgia now about converting the entire state to charters. The "centrists" want nothing to stand in the way of these kinds of desperation measures. See Georgia as a case in point:

The worsening economy for the state has more school districts considering converting entirely to charter schools.

The move would exempt the districts from many public school regulations like class size limits.

School districts would also have more say in how they choose to meet federal No Child Left Behind requirements.

The systems would be allowed to convert under a state law that went into effect two years ago.

Until now, few schools districts had considered the option.