Once more Alex Russo afflicts the afflicted and comforts the comfortable

"I want to work with people who have relevant experience in our neighborhoods, whose kids go to the same schools mine do, and who believe in the self-determination of all communities. I do not appreciate the dominant-culture control of the 'reformers' who parachute in, a la Peace Corps style, to show us Brown and Black folks how to be like them." — Andrea Merida 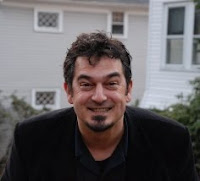 Photo courtesy of LS4C1.
It seems Alexander Russo just can't stand when ordinary working class people stand up to the plutocrats he serves with such aplomb. Wasn't it just yesterday when we discussed him excoriating "activists, community members, and educators standing up to the corporate education reform juggernaut" in The trouble with Alexander Russo?

On the first of June, he wrote a paean to right-wing school privatization veteran Linda Serrato. In the piece Russo makes abundantly clear his heartfelt desire that he wants to see the administration be supportive of "Charter Trigger" laws. Since this administration is responsible for educational malpractices including Race to the Trough and Corporate Core Curriculum, it wouldn't be surprising if they did express support for Ben Austin's American Legislative Exchange Council (ALEC) template legislation.

Yet it's not Russo's love for all things profitable and corporate that is of note in the above article. What's astonishing is that he banned parent activist Caroline Grannan for the month of June from making comments on his blog. Grannan's crime? She had the audacity to point out that privatization pimp Serrato was a paid hack, just like the rest of the so-called Parent Revolution condottiere so beloved by the Heartland Institute.

While his corporate reform bias isn't in question, Russo likes to pretend he is seemingly above the fray and that he somehow devotes equal skepticism to all sides. He cites a handfull of his posts where he is mildly unflattering of some corporate reforms. Let's put his feigned neutrality to the "Who Stands to Gain?" test coined by the sage Russian philosopher, since ultimately that's the question people have been asking about paid corporate education reformers that has Russo in such a tizzy. First and formost we can't forget Russo's employer, Scholastic, made $1,906.1 Million in revenues last year. Secondly, we have to remember that he's not a volunteer activist, or even an unpaid blogger. Instead, he's paid by one of the largest education companies to write about various topics that are most typically centered around what eventually will bring in more profits to his employer. Who stands to gain? Corporate reforms like Corporate Core and other scripted curriculum mean more profits for Scholastic, which, in turn, will ensure Russo continued employment. This is probably why he's so sensitive when his idols Rhee, Romero, Petruzzi, and Austin are rightfully accused of being hired guns, since he's one himself.

Hence Russo couldn't leave Woestehoff and Grannan's valid criticisms of both himself and his corporate reform colleagues unchallenged. Indeed he launched a full scale smear campaign against PAA, leveling accusations that they are "white, middle-class, middle-aged types," who are "coming at education reform from a less immediate and compelling perspective" and further says "it isn't really clear whether PAA represents any great number of young low-income minority parents who have a direct and immediate interest in making low-performing, neglected schools better." I would ask Russo this directly, but he tends to ignore me or respond with obtuse misdirections: since corporate education reform is funded by Walton, DeVos, Broad, Bradley, Gates, Koch, Hastings, Dell, Powell-Jobs, Scaife, Tilson, et al. can he name one of the entities from that list that meet his criteria? Taking just the funders from the above mentioned Parent Revolution, can Russo tell me who out of that group of plutocrats are "low-income minority parents?" Or perhaps he's referring to Parent Revolution's leader (and it's not Maggie Gyllenhaal) who lives in a 1.2 million dollar home in an area of Beverly Hills that's 87.5% white. Despicable, duplicitous, and disgusting.

I left the following comment under Russo's recent piece. He typically deletes or edits my comments, so it's good to have a record of the original:

Wow! One of the biggest cheerleaders for corporate "reforms" savaging one of the few genuine parent movements in the country. Who would have expected that?

I'm not a member of PAA, because I'm not a parent. If I was, I'd join in a second because their policies precisely reflect those of all the families that I do countless hours of VOLUNTEER work with in my impoverished community [1]. I think PAA are actually not critical enough of the other side, whose motives are as clear as the six figure salaries they receive. Mr. Russo, show me a PAA leader paid Gloria Romero, Michelle Rhee, or Ben Austin type money, and I'll make a public apology right here.

Several of the PAA founding members, including those of color who take righteous exception to Russo casting them as white and middle-class, have commented there. But as I argued in my first polemic against Russo, there's a serious power imbalance on every level between those forces heralding corporate education reform and grassroots resistance to that selfsame neoliberal agenda. Our very own Professor P. L. Thomas discusses such an "unfair imbalance of power" in his very erudite Does Tone Matter in the Education Reform Debate? far better than I am able to articulate. Interestingly Thomas' essay mentions yet another Russo attack on Professor Diane Ravitch. We must continue to point out that these power imbalances exist, and that they are manifestations of system that hinges on our oppressors maintaining those imbalances at all costs. In that regard Russo is merely a mouthpiece for those really in power, and a shrill and servile one at that.