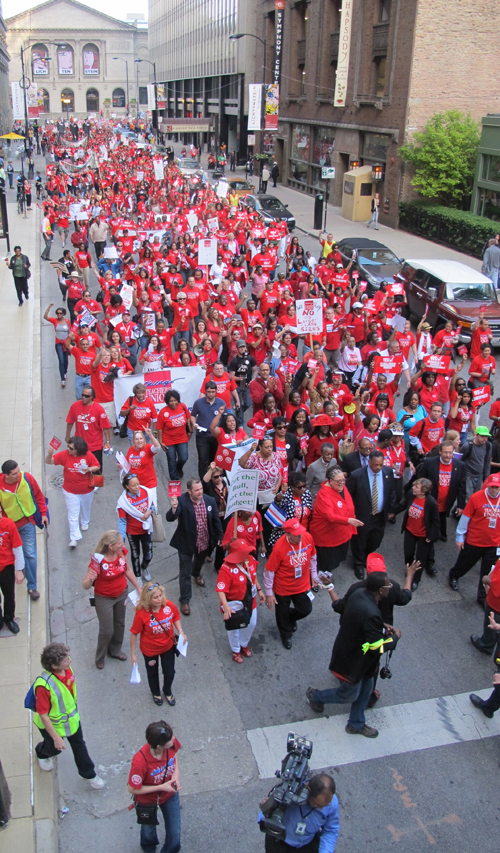 What is going on in Chicago among teachers should be a lesson for the country, especially the cowardly and appeasing pack of lawyers and PR men who are running the NEA and AFT.

CTU has a group of leaders who have not forgotten the democratic and social justice missions that unionism is built upon, and their goals are much deeper than preserving the half-million dollar salaries of the Weingartens and Van Roekels of the world.

Below is a terrific background piece from GapersBlock.com to help everyone understand what is going down in Chicago, where hope is alive among fearless and proud teachers who are not afraid to stand up for children, families, and for themselves.

May the rest of the nation take heed.  Don't lie down in the street unless you want to get run over.  Stand and fight!