The War Against Teachers


There are so few who can explain the complexity of how the deep connections between the attack on public education and teachers -- that if not stopped --will ultimately lead to the end of democracy itself. 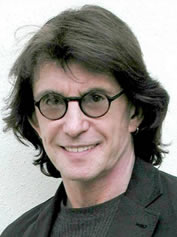 Henry A. Giroux is one of the few:

TruthOut.org  / By Henry A. Giroux

The War Against Teachers

A little learning is a dangerous thing.-- Alexander Pope

If the US is to cease its slide into a violent, anti-democratic state, we must rethink the relationship between education and democracy, and the very nature of teaching.


Numerous studies have shown the tendency of public schooling to dumb down the curriculum and impose punitive testing algorithms on teachers and students alike. Whether intended or not, we live in an era when the traditional concepts of liberal education and popular critical thinking are under assault. Neo-liberals of the center, no less than those of the right, are equally committed to the reduction of education to a mean-spirited regime of keeping its subjects’ noses to the grindstone.  As the post-war "prosperity," which offered limited opportunities to some from the lower orders to gain a measure of mobility fades into memory, the chief function of schools is repression.[10] [15]

Instead of talking about the relationship between schools and democracy, the new educational reformers call for the disinvestment in public schools, the militarization of school culture, the commodification of knowledge and the privatizing of both the learning process and the spaces in which it takes place. The crusade for privatizing is now advanced with a vengeance by the corporate elite, a crusade designed to place the control of public schools and other public spheres in the alleged reliable hands of the apostles ofcasino capitalism[16].[11] [17] Budgets are now balanced on the backs of teachers and students while the wealthy get tax reductions and the promise of gentrification andprivate schools [18].[12] [19] In the name of austerity, schools are defunded so as to fail and provide an excuse to be turned over to the privatizing advocates of free-market fundamentalism. In this discourse, free-market reform refuses to imagine public education as the provision of the public good and social right and reduces education to meet the immediate needs of the economy.
For those schools and students that are considered excess, the assault on reason is matched by the enactment of a militaristic culture of security, policing and containment, particularly in urban schools.[13] [20] Low-income and poor minority students now attend schools that have more security guards than teachers and are educated to believe that there is no distinction between prison culture and the culture of schooling.[14] [8] The underlying theme that connects the current attack on reason and the militarizing of social relations is that education is both a Petri dish for producing individuals who are wedded to the logic of the market and consumerism and a sorting machine for ushering largely poor black and brown youth into the criminal justice system.  There is no language among these various political positions for defending public schools as a vital social institution and public good. Public education, in this view, no longer benefits the entire society but only individuals and, rather than being defined as a public good, is redefined as a private right.
Within this atomistic, highly individualizing script, shared struggles and bonds of solidarity are viewed as either dangerous or pathological. Power relations disappear and there is no room for understanding how corporate power and civic values rub up against each other in ways that are detrimental to the promise of a robust democracy and an emancipatory mode of schooling.  In fact, in this discourse, corporate power is used to undermine any vestige of the civic good and cover up the detrimental influence of its anti-democratic pressures. It gets worse.  A pedagogy of management and conformity does more than simply repress the analytical skills and knowledge necessary for students to learn the practice of freedom and assume the role of critical agents, it also reinforces deeply authoritarian lessons while reproducing deep inequities in the educational opportunities that different students acquire. As Sara Robinson  points out,


In the conservative model, critical thinking is horrifically dangerous, because it teaches kids to reject the assessment of external authorities in favor of their own judgment - a habit of mind that invites opposition and rebellion. This is why, for much of Western history, critical thinking skills have only been taught to the elite students - the ones headed for the professions, who will be entrusted with managing society on behalf of the aristocracy. (The aristocrats, of course, are sending their kids to private schools, where they will receive a classical education that teaches them everything they'll need to know to remain in charge.) Our public schools, unfortunately, have replicated a class stratification on this front that's been in place since the Renaissance.[15] [21]