"...the impending shortage of scientists and engineers is one of the longest running hoaxes in the country" — Gerald W. Bracey 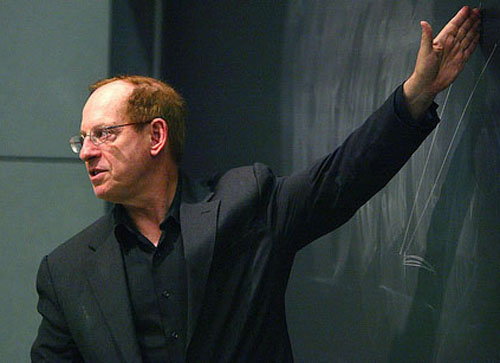 Schools Matter's Professor Stephen Krashen has been a long time critic of the media promulgated mythology that there's a shortage of qualified workers, particularly those in the Science Technology Engineering Math (STEM) fields. A quick survey of his posts here reveal his ongoing work to counter the skills/STEM propaganda that is most often used to justify some of the most pernicious corporate education reforms.

Whenever I see more evidence proving these skills/STEM myths wrong, I'm quick to forward them to Dr. Krashen for him to add to his burgeoning catalog of documentation. NPR's recent Are There Too Many Ph.D.s And Not Enough Jobs? is an example of the evidence contradicting all the outrageous lies by Bill Gates, Mark Zuckerberg, David Welch, Reed Hastings, Arne Duncan, et al. The NPR piece, which cites The Atlantic, contains gems such as:

"numbers released by the National Science Foundation show that people with doctoral degrees in those technical fields are struggling to find work in their industries."

"Worse yet, as of 2011, approximately one-third of people graduating with a doctoral degree in science, technology, math or engineering had no job or post-doctoral offer of any kind."

Krashen posted the above piece on his facebook page, and several of us commented. Still exhausted from the LAUSD election, I had forgotten what I wrote until I saw myself quoted by Peggy Robertson and Patsy Bain Wolf. Looking at the quote, I'm sure glad they preserved it, since it gets to the heart of the matter:

The manufactured STEM crisis. Robert D. Skeels states "The manufactured STEM 'crises' has from the onset been a means to drive down the salaries of those professionals who often don't see themselves as being working class. Starting with Bill Gates' drive to grant more H1B visas to certain workers under the guise of "not enough qualified candidates." What this really means is not enough candidates willing to work on the cheap. Ultimately the same market forces that allow the owners of the means of production drive wages down are at work. Sadly, since many professionals aren't class conscious, the only things that could reverse this trend — working class push-back and unionization — aren't being discussed."

Another recent article by In These Times entitled Study Demolishes the Myth That U.S. Workers Lack Skills further puts the lie to the notion that U.S. workers are lacking in the education or skills department. The piece, which discusses a paper by University of Wisconsin-Milwaukee's Professor Marc Levine, contains powerful quotes like: "There are still three unemployed people for every possible job opening."

The article proper enumerates the points of Levine’s report, only the headings of which are reproduced here.

Globalization has allowed the ownership class to increasingly pit workers against each other in ways the Robber Barons could have only dreamed of. When workers compete, their boses win! A major part of the impetus behind corporate education reform is the same momentum that's created a job market were workers are increasingly expected to work harder and harder for less and less, while being required to have ever more education and training (at their own expense, of course). Nearly all of Silicon Valley's plutocratic elites' whining about a skills shortage is part and parcel a cry to drive down wages and squeeze ever more profit out of workers who are expected to "lean in."

This race to the bottom for workers is accelerated by those same forces turning teaching into an act of Taylorism as well. Race to the Top and Common Core State Standards are part of a corporate consensus intended to create compliant workers ready to accept ever more abject working conditions. The daily experience in schools today is a grim reminder of what student's adult life will most likely look like. Brian Jones' recent commentary looks at this in depth and provides inescapable analysis. The byline, which couldn't be more apropos, reads 'When Karl Marx described the despotism of the modern workplace, he could have been describing schools in the era of education "reform."' Jones' essay is replete with insights like:

In those words, Marx put his finger on precisely what's happening in education--the relationship between teacher and student is being revolutionized. The student is, increasingly, evaluated not by the human being he or she speaks to every day, but by a harried, low-wage test scorer (sometimes hundreds of miles away) paid per test or worse, by a machine that scans the student's bubble sheet.

It's no small irony that the selfsame students whose tests are being graded by "harried, low-wage test scorer[s]" are being prepared for such futures as well.

The neoliberal project encroaches from every side and can only be defeated by collective resistance. My heart goes out to all those at the Occupy the Department of Education 2.0: The Battle for Public Schools event right now. I am there with you in spirit. We must continue organizing against these seemingly unstoppable forces, in hopes that eventually we can get our fellows in struggle to realize the meaning of Rosa Luxemburg's famous passage "those who do not move, do not notice their chains."