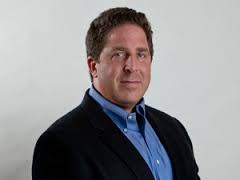 To have a supporter of corporate education reform like Rick Hess say, “At this point, however reasonable the rationale for the Common Core, it seems increasingly clear that American education would be better off if this unfortunate, quasi-national enterprise had never made it off the drawing board.” is quite amazing. To acknowledge that its implementation has been a “stealth strategy that bypassed a distracted public” is also quite amazing.

Hess gives a very good chronicle of what is wrong with Common Core. However, his main concern seems to be with how it was implemented saying it allowed critics on the right to label it “Obamacore”.

Along the way, the Common Core has driven a wedge between education-reform allies. In recent years, left-leaning groups like Democrats for Education Reform worked closely with Republican governors on issues like charter schooling, teacher evaluation, digital learning, and much else. Such partnerships are increasingly unlikely as anti-Common Core sentiment pulls Republican officials toward their base and away from compromise on education.

To say Democrats for Education Reform is “left-leaning” is laughable disinformation. It is a neoliberal organization that is totally on board with privatizing public education through charters. They, along with the heads of the two teachers unions and a dozen old guard civil right organizations, are running interference for the Gates Foundation agenda in the current Congressional Conference Committee on the ESEA rewrite. They want a doubling down of the use of standardized testing for teacher and school evaluations. (On July 7th, almost two hundred civil rights and community organization have expressed opposition to standardized testing and expansion of charter schools in a letter to the Senate hearings on the ESEA rewrite.

The current promotion of states rights by Republicans in the Conference Committee is a grave danger to American education. It would make a smorgasbord of American education with fifty different state standards, including state versions of Common Core, and empower corporate education reform at the state level. Millions more would be spent on lobbying for it with even more intensity than now exists.

Incredibly, in his long essay, not once does Rick Hess mention teachers. Teachers are the biggest obstacles to the imposition of the corporate agenda. The voices of millions of critically thinking and questioning educators are seen as a threat rather than an asset by corporate reformers. Whether from the federal government or the states, Rick Hess, by his silence, is on board with those who vilify teachers as being the problem in education.

The current Congressional Conference Committee hearings are a grave danger to public education, whether it is the states rights agenda of the Republicans or the neoliberal agenda of the Democrats. Educators at all levels, whether K-12 or in the universities must pay attention to what is being proposed. We are going to be fighting this battle for years to come. It is only organizing from the grassroots that we are going to get a public school system that reflects the will of the people, not the will of corporate and financial interests.