Simon Newman: "stop thinking of freshmen as 'cuddly bunnies' .... You just have to drown the bunnies...put a Glock to their heads" 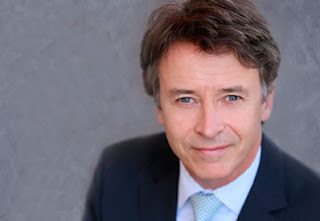 
Last month, a student newspaper published a shocking story: Reporters at the Mountain Echo wrote that the new president of Mount St. Mary’s University planned to cull 20 to 25 students from the freshman class deemed unlikely to succeed in the first weeks of school in order to improve the college’s retention numbers and thus its rankings.

And when discussing the plan with professors who objected to it, President Simon Newman told them — in a conversation that was independently confirmed by The Washington Post —  that they needed to stop thinking of freshmen as “cuddly bunnies,” adding: “You just have to drown the bunnies … put a Glock to their heads.”

What happened to the "objecting" professors?  They were fired outright, just like a Bain underling might have been.  One of the professors was the advisor of the college paper that printed the story, and one was a full tenured professor of philosophy.

What does Mr. Newman know about leading a institution of higher learning?  His bare-knuckled actions show that he knows nothing.  His bio:


Born in the United Kingdom, Mr. Newman, 51, holds a bachelor of arts degree (with honors) and an master of arts degree in natural sciences from Cambridge University, in Cambridge, England. Founded in 1209, Cambridge is the second-oldest university in the English-speaking world and the world's third-oldest university. He also earned a master of business administration degree from Stanford University’s Graduate School of Business, in Palo Alto, California.

Mr. Newman has almost 30 years of experience working as an executive with a strong background in private equity, strategy consulting, and operations. He is the former managing director of the private equity fund JP Capital Partners, as well as president and CEO of Cornerstone Management Group, founded in 1997.

During his career he has started or co-founded four different businesses, completed more than $33 billion in transactions, and raised more than $3 billion in equity funding for ventures and bids he originated. He has led several business turnarounds and delivered more than $200 million in profit improvements.

He started his career in consulting working with Bain & Co and LEK Consulting where he managed the media and entertainment practice working with clients such as Warner Bros., Disney, and Universal Studios. He has also worked at Canal + International, Liberty Media and the investment bank, Wasserstein & Perella.