Smith College, a women’s college in Northampton, Mass., and Wake Forest University in Winston-Salem, N.C., will no longer require prospective students to submit SAT or ACT scores as part of their applications.

At both institutions, the policies will take effect with the class entering in fall 2009.

The number of colleges and universities where such tests are now optional — mostly small liberal-arts colleges — has been growing steadily as more institutions have become concerned about the validity of standardized tests in predicting academic success, and the degree to which test performance correlates with household income, parental education and race.

Some schools that have made standardized tests optional have found that they have attracted a more diverse student body, with no decline in academic ability.

“By making the SAT and ACT optional, we hope to broaden the applicant pool and increase access at Wake Forest for groups of students who are currently underrepresented at selective universities,” said Martha Allman, Wake Forest’s director of admissions. Wake Forest will announce its change on Tuesday; Smith announced it on May 16. . . . 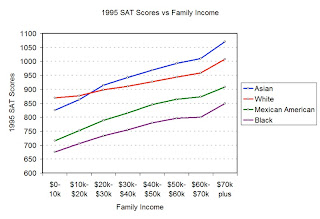