Christie and Rhee: A Match Made in Hell 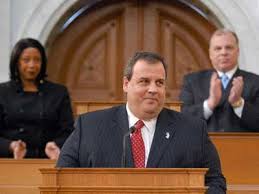 Can you imagine the sulphurous vapors in the room last Tuesday, with the broomless ex-chancellor of DC schools cheering on the morbidly-obese bully governor of NJ as he announced plans turn back the education clock in his state by a hundred years.  From the Times:


Mr. Christie already has fans, both in New Jersey and in education circles across the country. Michelle Rhee, the former Washington schools chancellor, who sat beside Mr. Christie’s wife during Tuesday’s speech in Trenton, has committed her new organization, StudentsFirst, to providing policy support for Mr. Christie’s education initiatives. “I think it’s incredibly courageous of the governor to take these issues on,” Ms. Rhee said Wednesday. “These are ones that have long been considered sacred cows.”

Then on Thursday, Beelzeblob cost his state a half-billion dollars when he chose to amp up his disaster rhetoric that he uses to sell the Koch Brothers' snake oil, just as the NJEDA was trying to find bond buyers.  From the Wall Street Journal:


Dealers and portfolio managers said the market responded negatively to a remark Thursday by New Jersey Gov. Chris Christie that health-care costs might "bankrupt" the Garden State. The comment came in a town meeting as the New Jersey Economic Development Authority was attempting to sell $1.3 billion of tax-exempt bonds. The agency ended up slashing the sale to $777.5 million on poor demand.