Wild Dreams about Anonymous and Testing 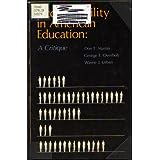 Last night I was re-reading a terrific little book from 1976 by Don Martin, George Overholt, and Wayne Urban: Accountability in American Education: A Critique.  The book brings so many elements of the current edu-mess into focus, while giving a long view of history.  What is evident in re-reading this book is that the threats to democracy that the authors feared in 1976 from the encroaching accountability juggernaut have become much scarier and much more real since then.  Some would say inevitable.

The book reminds us of some of the history behind the stealing of the language of learning by social control behaviorists and the takeover of the knowledge definition by epistemological thugs who define what knowledge is and how it is measured. These moves have had crushing effects on humane pedagogy and schooling, while strengthening and centralizing the administration of schools far beyond what are now the minor functionaries of principals, boards of education, and even superintendents.

The Texas Tribune story below, in fact, that includes the recent epiphany by the current Texas State Superintendent, indicates clearly that he is one of many who sees the writing on the wall, and it wasn't written by him.  His years of loyalty to the accountability cause have simply worked to make his job insignificant or disposable as power is moved to the ultimate corporate level, which in the end in not national but international--corporate socialism without boundaries--a fascism beyond nation states.

The three main criticisms of education accountability in Accountability. . . are now evident on a steroidal level:
Decisions now about school curriculum and student assessment are handled by national consortia composed of hired academic and technical guns paid by corporations and their foundations to shape what is taught in schools based on the stupid and arrogant conceptions of a handful of oligarchs and the CEOs of the Business Roundtable.  To enforce the teaching of this emerging national curriculum and national test are teachers whose jobs will depend upon how well their charges do on these tests.  This is called teacher evaluation, or half of it, anyway.  The other half is based an instructional catechism designed and place in a rubric (scoring guide) to incentivize the creation of miniature and identical autocracies in every classroom of America, where learning to handle knowledge (test scores) is Job 1.

And so I was thinking about all this as I drifted off to sleep last night, and I had the craziest dream.  I dreamed that the hacker group, Anonymous, had shut down every data port that handles test score data and had posted these demands on the Arne Duncan's Facebook page and on every state department of education webpage:
Wow, what a dream!

Oh yes, the piece from the Texas Tribune via NYTimes:

When Christopher Chamness entered the third grade last year, he began to get stomach aches before school. His mother, Edy, said the fire had gone out of a child who she said had previously gone joyfully to his classes.

One day, when he was bored in class, Christopher broke a pencil eraser off in his ear canal. It was the tipping point for Ms. Chamness, a former teacher, and she asked to observe his Austin elementary school classroom. What she saw was a “work sheet distribution center” aimed at preparing students for the yearly assessments that they begin in third grade and that school districts depend upon for their accountability ratings.

Now, with Christopher in fourth grade, Ms. Chamness will take a more drastic step: She intends to pull him out of standardized testing altogether this spring, in protest of the system that she said had sapped her son’s love of learning.

Ms. Chamness’s approach is more radical than what most parents are willing to do — and district officials are quick to point out that school policy does not permit students to miss test days for any reason. But it is part of a budding backlash against standardized testing in the state that spawned No Child Left Behind and its assessment-driven accountability requirements.

It is a precarious time for Texas school districts. Faced with roughly $5.4 billion less in state financing, districts this year will administer new, more rigorous state exams called the State of Texas Assessments of Academic Readiness, or Staar. And for the first time in high school, the assessments are linked to graduation requirements and final grades.

There is anxiety among school leaders, educators and parents about meeting the increased standards with fewer resources. In the Panhandle, the Hereford Independent School District superintendent may withhold her district’s test scores from the state. An Austin parent is considering a lawsuit to stop the rollout of the tests. Some legislators are mulling how to postpone some of the tests’ consequences for students.

In a high-level turnaround, Robert Scott, the commissioner of the Texas Education Agency, said Tuesday that student testing in the state had become a “perversion of its original intent” and that he looked forward to “reeling it back” in the future. Earning a standing ovation from an annual gathering of 4,000 educators that has given him chillier receptions in the past, Mr. Scott called for an accountability process that measured “every other day of a school’s life besides testing day.”

Many viewed the speech as a reversal for Mr. Scott, who has rarely spoken publicly against the role of standardized testing in public schools. He declined to talk about his remarks for this article.

“I think he sees that we are at a cusp of philosophical changes in the Legislature and across the state over what we’ve been doing the past few years with accountability and whether there’s been any worthwhile gain from all the testing we’ve done,” said Joe Smith, a former superintendent and an education community fixture who runs the Web site
TexasISD.com, a clearinghouse of school-related news.

Kelli Moulton, the superintendent of Hereford I.S.D., is considering an outright rebellion. She said that she was still exploring the repercussions of refusing to send her students’ test scores to the agency but that she was encouraged by Mr. Scott’s remarks.

“We talk a lot, but nobody’s stepped off to do anything really bold,” she said. “Clearly now as a state, at least with a leader who is willing to say testing has gone too far, when do we put a stick in a wheel and say, that’s enough, stop? Because we are going to spend the next 10 years trying to slow that wheel down, and we’ve got 10 years of kids that are suffering.”

It also may be a sign of shifting political tides. State Senator Florence Shapiro, the powerful chairwoman of the Senate Education Committee and a primary architect of the legislation that enacted the new assessment system, announced in September that she would not seek re-election. Ms. Shapiro, Republican of Plano, has been a staunch opponent of any retreat from the standards established by the 2009 bill. But her House colleagues, particularly Rob Eissler, the chairman of the Public Education Committee, have been more receptive to changing course.

During the last legislative session, Mr. Eissler, Republican of The Woodlands, attempted to ease some of the more stringent requirements of the new assessments, including how many exams high school students had to pass in order to graduate and how the tests had to count for 15 percent of their final grades. Mr. Eissler recently held a hearing on how school districts were fulfilling the requirements, and many parents and educators in attendance asked for a delay in the effects on students.

“I am very concerned about performance on the test. My expectation is for most students this would have the effect of lowering their grade,” said Dineen Majcher, a high school parent who has called on lawmakers and the education agency to find a way to waive the 15 percent rule for the first year of testing.

School districts have been given a one-year reprieve from having the test scores factor into their accountability ratings, and Ms. Majcher said it was “completely unreasonable and inappropriate” that the same was not happening for students and their grades. Ms. Majcher, an Austin lawyer, said she and other parents were considering a lawsuit, but she declined to elaborate on its grounds because she still hoped for a resolution outside the courtroom.

That may not come in time. Mr. Scott’s Tuesday speech, while popular with the state’s superintendents, inspired a flurry of reaction from members of the education community who favor moving forward with the new assessment system. Bill Hammond, the president of the Texas Association of Business and an accountability advocate, said he was disappointed in the commissioner’s remarks.

“It’s not going to be the end-of-the-world scenario,” he said. “The kids and educators in Texas are up for it. Every time we’ve gone through this, the standard has been met, and it’s resulted in a better-educated work force.”

Ms. Shapiro said that once the transition to the new exams occurred, students would be left with a much better assessment system, one that eliminated the need for educators to teach to the test because it was based on courses, not subjects. It was never lawmakers’ impression that they would have to change anything about the rollout of the exams, she said, because the planning had been in the works for the past five years.

She also questioned what Mr. Scott meant by calling the testing system a “perversion.”

“That’s a direction I’ve never heard him take,” she said. “He’s been the one that’s been talking about school accountability over the years. We’ve all been a part of this. School accountability is something we started many, many years ago, and we believe in it.”

Meanwhile, Ms. Chamness, who praised Mr. Scott’s remarks, said she has reached out to other parents at her elementary school about opting their children out of standardized testing — to mixed results.

“They are waiting to see what happens to us,” she said. “Nobody wants to get on the outside of the administration. I’m not excited about being out there alone, but that’s not going to dissuade me from doing what I know is right.”