I met reactionary Fernando Espuelas' challenge, now will he demand the same of Gates, Zuckerberg, and Dell?

"Another issue involves concerns that charter schools may be screening students by requiring parents to provide information related to special education eligibility and services on the lottery application. Over the past two years, a review of applications has found a considerable number of schools requiring such information despite efforts by the District to eradicate this through oversight of the application process." — LAUSD Office of the Independent Monitor (OIM) Modified Consent Decree 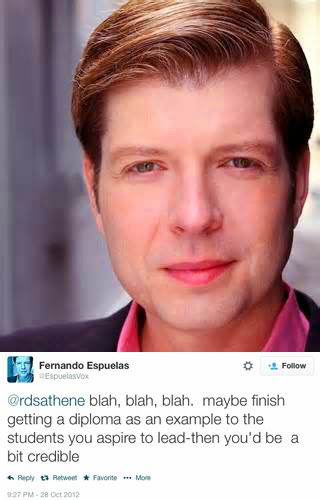 Roughly eighteen months ago I tweeted a passage from the above quoted OIM document. The lucrative Los Angeles charter industry systematically discriminates against special needs children in favor of bloated executive salaries, as evidenced most recently by Aspire Charter Corporation's dodging of its obligation to the most vulnerable students.

Not more than two minutes later I was attacked by one of Los Angeles' bullhorns for neoliberalism, reactionary Fernando Espuelas. I'll get to the exchange between Espuelas and myself momentarily, but think it's important to provide a little background on this privatization pusher. Espuelas is a venture-capitalist-turned-broadcaster who is currently a Henry Crown Fellow at the right-of-center Aspen Institute. Aspen's leadership includes genocide defender Madeleine Albright, billionaire Pete Peterson's "Fix the Debt" cheerleader Sam Nunn, NSA surveillance zealot Dianne Feinstein, neoliberal columnist Nicholas Kristof, and host of other unsavory folk who would feel comfortable at a Hoover Institution luncheon.

Aspen is certainly the correct venue for Espuelas' brand of politics, who has no qualms retweeting the American Enterprise Institute (AEI), supports the apartheid regime in the Near East, and consistently called for the overthrow of the democratically elected Venezuelan President Hugo Chavez when the courageous anti-imperialist leader still lived. Espuelas served on the board of the reactionary Walton Family Foundation funded school privatization outfit "Parent Revolution" — which has close ties to both the American Legislative Exchange Council (ALEC), and the fringe-right Heartland Institute.

Espuelas is best summed up by Bloomberg's Business Week which said of him: "he's all Wall Street." 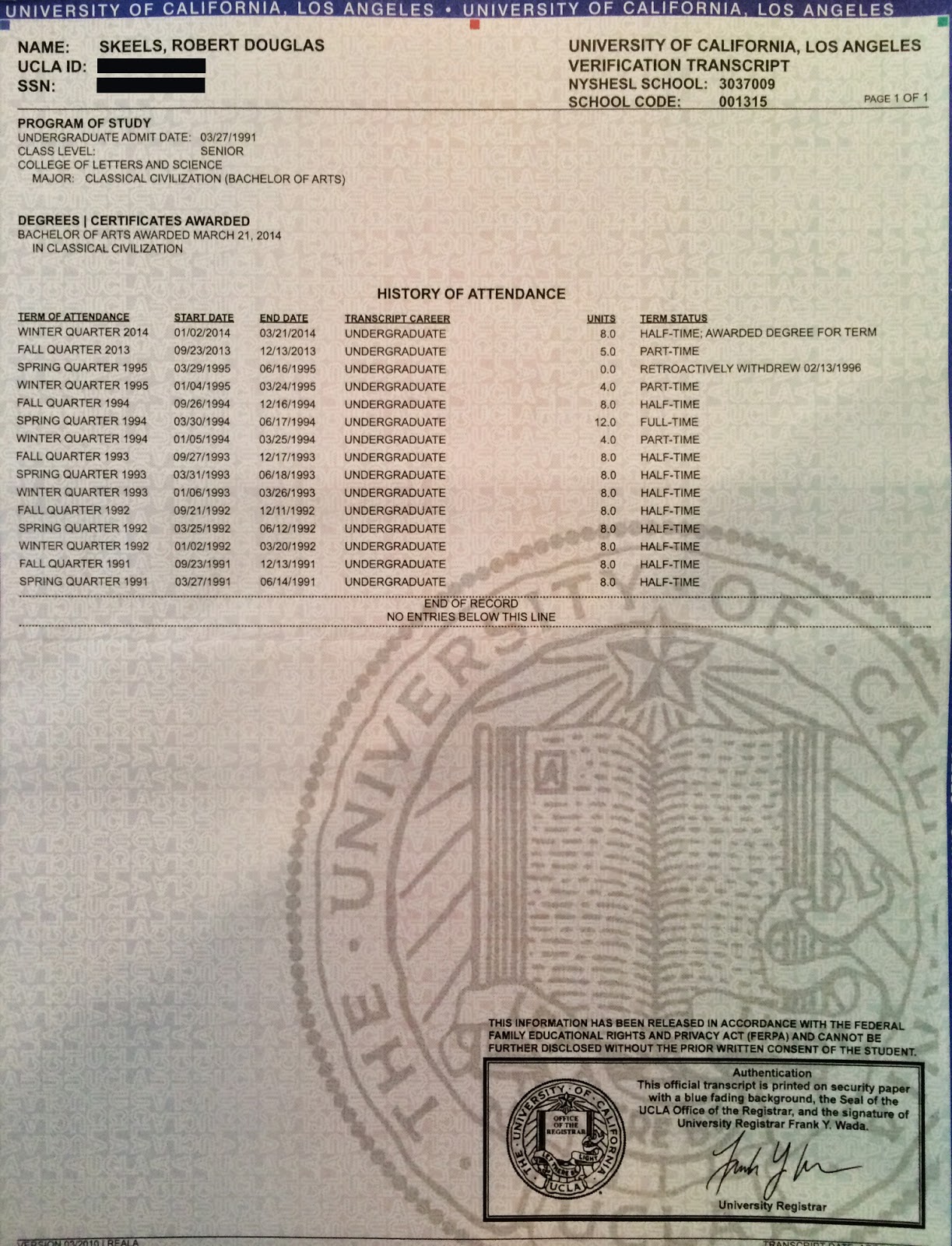 Getting back to our narrative that started with my tweet condemning the greedy corporate charter sector. Espuelas, who apparently isn't much of a reader, launched into a fact-free diatribe against me. It was the usual slanderous tripe: I'm on some chimerical union payroll, I'm a "UTLA sock puppet", and so on. Ben Austin, Gloria Romero, Jed Wallace, Steve Barr, Marco Petruzzi, and all the other profiteers in the charter industry have made these same claims, I suppose someday proof will be forthcoming? I kept trying to get Espuelas to commit to a stance on special education, but anti-labor tirades were all he seemed capable of. At one point I called him a dullard after calling out his slander saying I was paid to advocate public education. That's when he started mocking me for being forced to drop out of my last quarter at UCLA in the early Nineteen-Nineties because of dire economic circumstances. [1]

There is no requirement for members of the Los Angeles Unified School District (LAUSD) Board of Education to hold college degrees. While it is certainly desirable that board members be educated, Espuelas was using my situation as a red herring to avoid discussing substantive policy issues because even he, reactionary as they come, couldn't defend the indefensible special education policies of the infamous charter school industry. After a long exchange in which he continuously condescended to me, he said:

@rdsathene blah, blah, blah. maybe finish getting a diploma as an example to the students you aspire to lead-then you'd be a bit credible

Despite Espuelas' offensive pleas I ran for the LAUSD School Board in 2013 against the billionaire funded corporate reform candidate, and finished second in a field of five with over 5,200 votes. A promise to my wife to return to UCLA if I lost the race was accompanied by finally being in a position with both the time and the money to return to school. Not only did I finish my three remaining required classes, I did so with some distinction, raising my GPA by two full points.

Effectively, I was able to take on Espuelas' challenge. The Official Verification Transcript pictured above states I was awarded a Bachelor of Arts on March 21, 2014 in Classical Civilization by the University of California Los Angeles (UCLA). Am I "a bit credible" now? Oddly enough, for all his bluster, Espuelas' BA is from from a school that's not nearly as prestigious as the one I just graduated from. More importantly, why does Espuelas selectively demand university degrees from public school advocates, while not holding school privatization advocates to the same standard? If this statement is genuinely true:

@rdsathene yes I'm a total "elitist" - I think that people that aspire to run school systems should have a university diploma - crazy!

then Espuelas should make the same demand of billionaire college drop outs Bill Gates, Mark Zuckerberg, and Michael Dell. After all, all three aspire to run not only local school systems, but use their ill gotten gains to control national education policy. Gates' [2] noxious meddling with our remaining public education system is unprecedented, as Professor Mark D. Naison recently wrote. Perhaps if these capricious billionaires followed Espuelas's advice, just like I did, they would become educated enough to halt both their viciously destructive funding agendas, and their neoliberal policy advocacy.

My challenge to Fernando Espuelas

Mr. Espuelas I met your challenge to obtain a degree, now will you take up my challenge to you? First, you should demand Gates, Zuckerberg, Dell, and all their fellow privatizers obtain degrees before aspiring to run education. Anything else is a double standard that exposes you as a fraud, phony, and fake — someone unworthy to discuss education policy. Second, I repeatedly asked you this very important question on October 28, 2012, and I believe the world should know your answer to it:

@EspuelasVox Getting back to your original attack. Do you agree that schools taking public funds should be obligated to educate every child.

Naturally my own answer to that simple question is yes.

[1] That story deserves full treatment in the future, but would distract from our discussion here.
[2] Susan DuFresne and I had fun responding to Professor Ravitch's #ThingsInCommonWithBillGates tweet by addressing the degree issue.