LA Progressive: Ref Rodriguez—What the PUC Is Going on Here?

Ref Rodriguez: What the PUC Is Going on Here?

In the LA Progressive piece What the PUC Is Going on Here? Hans Johnson and Hector Huezo of the East Area Progressive Democrats take a look at Refugio "Ref" Rodriguez's myriad financial "mishaps." These include: the fishy max campaign contributions from employees paid minimum wage; the eye-opening audit of PUC's Lakeview finances; and passing mention of the FoodGate money laundering scheme that saw PUC employees self-dealing. The latter issue has become such a scandal that now has both the The L.A. County District Attorney and the L.A. Unified Inspector General are investigating PUC corporate officers including Jacqueline Elliot and Ref Rodriguez. Rodriguez was PUC's Chief Executive Officer at the time the Better 4 You contract was awarded, and has been their Corporate Board Treasurer ever since. Rodriguez has shamelessly promoted profiteering on behalf of the burgeoning corporate charter school sector for years. 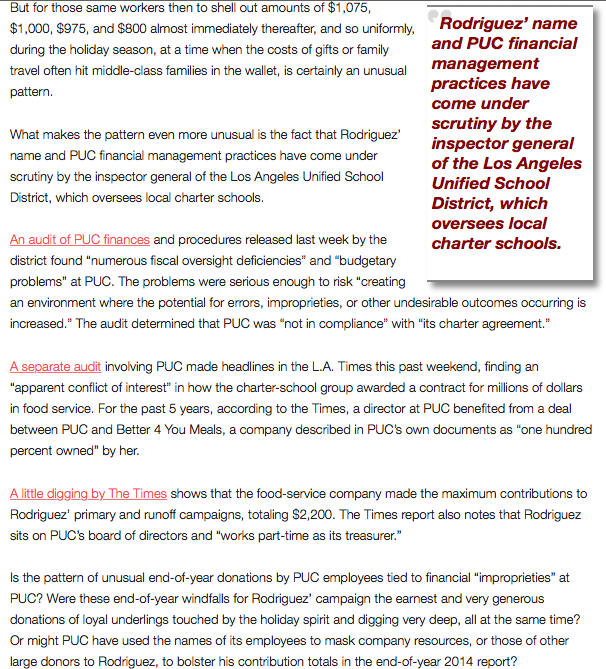