I can't think of anyone as profoundly ignorant, or as uniquely unqualified to be appointed Secretary of Education as Betsy… 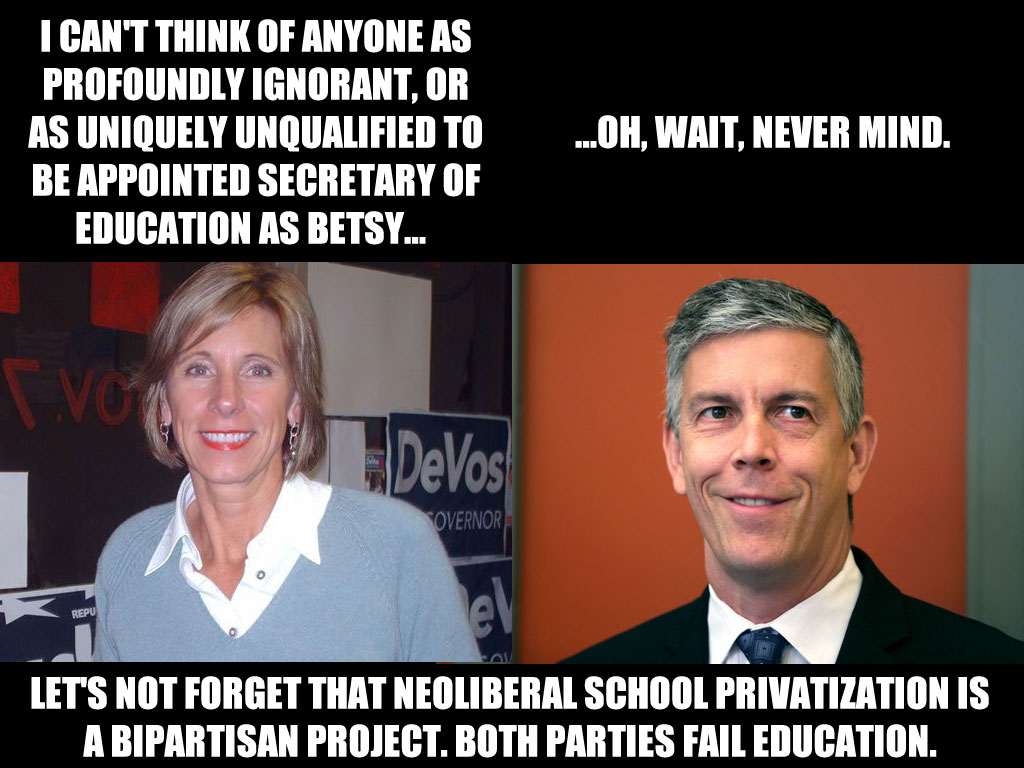 I can't think of anyone as profoundly ignorant, or as uniquely unqualified to be appointed Secretary of Education as Betsy…

Let's not forget that neoliberal school privatization is a bipartisan project. Both parties fail education.

A natural progression of neoliberalism

Not opposing the neoliberal corporate education reform agenda when Democrats were in charge is what led to the DeVos disaster. Not unlike how the Hillary Rodham Clinton camp's "Elevating Pied Piper Candidates" led to the Trump fiasco.