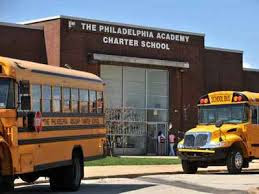 from the Alliance for Philadelphia Public Schools
January 30, 2018

Charter CEOs and supporters held a rally at City Hall on Tuesday January 30 to ask for a “seat at the table” when the new school board replaces the School Reform Commission. Several City Councilpersons attended the event, held in the Mayor’s Reception Room.

APPS members have said consistently that district budget problems stem not just from a lack of funding, but from the spending priorities of the SRC which keeps resources out of classrooms. Consulting fees, faux graduate school, training by outsourcing by unqualified and inexperienced people: Teach For America, The New Teacher Project, Relay Graduate School of Education, Cambridge, Boston Consulting, Jounce, Institute for Student Achievement, etc.

But the biggest waste of money in the SD budget is the funding of malfunctioning charters. Report after report, including the latest from Philadelphia Citizens for Children and Youth (PCCY), shows that district schools outperform charters. Charter supporters say that they only support “high-quality” charters, that they want the failing charters closed. But when they have the opportunity to prove that, they are nowhere to be found. Some examples:


Click here to read the rest of the article
and a Philadelphia Notebook report about the rally
and comments about the new school board procedures.
at 1:36 PM