National Testing, School Globalization, and the Mass Extinction of Learning

If you liked the the disaster cooked up by know-nothing pols with No Child Left Behind, you will love what this next policy iteration by idiots in high places are working on with their national testing and standards scheme. Devised by hacks who know the least about learning or teaching, it has the potential to make the Republic's children equally stupid about all the same things kids are learning in Seoul.

We actually had national curriculum standards in action during the 90s, when most states developed or revamped curriculum standards based on standards developed by professional organizations like NCTM, NCTE, CSMEE, and NCSS. We even had states taking seriously information literacy standards from ALA/AASL. States used these standards developed by practitioners and academics to customize sets of curriculum frameworks that could guide public education within our 50 states, with local variations so that kids in Nags Head, say, could concentrate on studies that grew out of the local contexts from which they live, rather than one that would be more suitable to kids living in the desert around Las Vegas.

When high-stakes testing came along and then NCLB on top of it, the state curriculum frameworks and the work to establish them became largely irrelevant as teaching to the test became the driving force in schools and curriculums shrank to fit the test forms. Now the oligarchs like Gates and Broad have funneled money through the National Governors Association to make sure that the current effort to establish national testing looks as though it resulted from a confluence of states demanding a national curriculum. Nothing could be further from the truth.

Will the philanthro-capitalists succeed in homogenizing learning in the U. S. even further than it already is, even when the natural world around us tells us that diversity assures the flexibility, adaptability, and creative capacities for systems to meet new challenges, survive, and thrive? Will we end up with a science curriculum further geared toward de-contextualizing learning, whether in Las Vegas or Nags Head. Will the goals of globalized capitalism become the determinants in what our children learn, while our local communities rot? 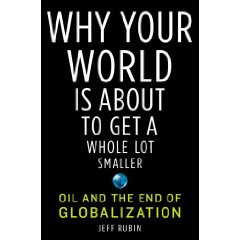 The only thing that gives me some hope that the national/global curriculum will fall is that, 1) globalization, itself, is likely a fatally-flawed idea that will become irrelevant as the cost of moving goods around the world makes it so, and 2) conservatives are not supporting the proposed national testing/standards devised by the Oligarchs. While it matters not if progressives get a half-million people in the streets, when the harpies on the Right get motivated and begin to scream, the cowards in Washington listen. Let's hear it for the harpies. From The Ledger, a clip from an editorial (ht to Bob Schaeffer):

Forty- six states [now 49 states] are working to create a set of national education standards. It is a a project that was made necessary by unwarranted federal intervention in schools. It is a move that will lead to even greater federal control of education.

State education leaders across the nation are trying to respond to the mess caused by No Child Left Behind. This federal education law attempts to use state education standards and incorporate them into a federal school accountability system.

The law should never have been passed. It assumes that Washington has the authority and an obligation to supervise state and local schools. It has neither. No Child Left Behind corrupted state school improvement efforts and made them ineffective. And it accomplished nothing.

So while schools in other states have no problem meeting the low standards, other states struggle to meet their high standards. When the federal measurements kick in, schools in those states are denounced for failing to achieve "adequate yearly progress."

It's an ugly mess that interferes with state efforts to improve education. In an attempt to straighten this mess out, officials from 46 states (Texas, South Carolina, Missouri and Alaska refused to participate) are trying to agree on a set of national standards that all states can adopt, creating a more uniform system.

[RUNNING SCHOOLS IS THE STATES' JOB]

No longer will schools be run by state education departments and by local school administrators. More decisions will be made by bureaucrats in Washington.

Since the U.S. Department of Education was created in 1980, it has not improved education. It has simply burdened educators with more federal paperwork. The federal government has no legitimate role in education. Running schools is a state matter.