Asbury Park NJ Where is the Democracy? 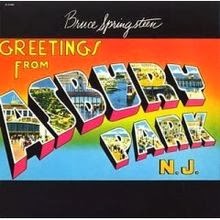 Seems to be an epidemic across the country. Democracy? What's that? In the new world of test and punish from the corporate cronies, democracy is history.  Of course, the Christie Administration is only looking out for the best interests of the students, you know the guy who has done so much for NJ public schools that a court had to reinstate $500 million in aid to poor districts.

This Asbury Park Press reporter has her work cut out for her. Perhaps someone should tip her off to the new normal when it comes to poverty stricken school districts who don't know how to work hard and be nice.

Who might state monitor Carole Morris have in mind for the job? Could it be a Broad candidate immersed in the language of "no excuses"? Perhaps a 25- year-old TFA alumn or someone from the Gates Foundation? Stay tuned and follow the bouncing ball.

ASBURY PARK — Where is the democracy?

ASBURY PARK — Where is the democracy?
That’s the question several community members here are asking after the state monitor overturned the school board’s pick for superintendent last week.
They brought their concerns — including that the monitor had applied for the interim superintendent position before taking on the state role — to a public forum at a Wednesday night board meeting that attracted some 50 members of the public.
“Folks elected (the board) to do the best for the children in the city of Asbury Park,” said Teretha Jones, who has a nephew attending school in Asbury Park. “And to deny that is, number one, disrespectful to people. It is totally and outrageously intolerable and will not be stood for.”
A school board majority initially voted to hire Gregory Allen as the district’s next superintendent Oct. 16, with members saying they believed he was the best candidate for the community.
Board member Qzeena Taylor said the board expected to offer Allen a salary of $145,000. Allen’s contract had already been submitted to the county superintendent for a final approval.
But state monitor Carole Morris disagreed with the board’s choice and said in a Nov. 13 letter addressed to the board that the superintendent selection process was flawed and that Allen did not “demonstrate mastery knowledge of the topics.”
She also cited the board’s rejection of candidates recommended by the New Jersey School Boards Association and said she was unable to find a “substantial background check” or verification of the information in Allen’s resumé.
The NJSBA listed Allen as a candidate who exceeded expectations out of a pool of 38 applicants, but he was not in the association’s top 12 recommendations, board members say.
At Wednesday’s meeting, Morris showed little emotion and was selective in responding to questions and statements from audience members. Morris replaced former state monitor Lester Richens in September and has virtual control over all hiring, firing and spending decisions in the district.
“The unique problems that the city has and the children have deserve the very, very best, and in my opinion (Allen) is not the best candidate,” Morris said at the meeting.
Some who spoke during the public forum say they don’t believe Morris understands the needs of Asbury Park’s children.
Duanne Small said voters elected school board members who they trust will make decisions in the best interest of the community. He also said he believes the district needs a leader who identifies with the students, such as Allen, who is black.
Daniel Harris said he questioned whether Morris had a political agenda because she first applied for the interim superintendent position and then became state monitor.
Morris said it will be up to the board to decide how to proceed with the superintendent search process. In the letter, she gave the board two options: reopen the existing search or begin a new search when new board members take office Jan. 7.
Nicquel Terry: nterry@njpressmedia.com; 732-643-4023