Massachusetts Parents Should Opt Out of Pearson Pilot Tests 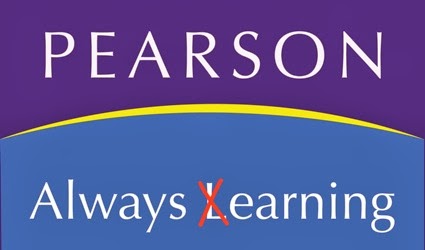 Clearly the State of Massachusetts needs a wake up call.  Parents should say NO to PARCC tests.  Send a message to the corporate stooges who are more interested in Pearson's well being than the learning needs of children.


WORCESTER — Small percentages of students at 31 Worcester public schools will field test a standardized assessment that could someday replace MCAS, but some parents are saying they want their children to opt out, an option the state says does not exist.

Statewide, 81,000 students, about 8 percent of the total student body, are scheduled to participate in field tests between March and June. They will test drive exams developed by the Partnership for Assessment of Readiness for College and Careers and education company Pearson.

As a practical matter, if Worcester students refuse to take the PARCC field test on their scheduled day, they will be sent somewhere else in the building in a non-punitive manner and given something to read or another task, Worcester Superintendent Melinda J. Boone said. "We won't have kids just sitting there idle," she said.

She has yet to hear of any Worcester principal receiving notice from a parent requesting his or her child not take PARCC, she said.

But neither she nor the state believe opting out is an official option. A Feb. 20 memo from Rhoda E. Schneider, general counsel at the state Department of Elementary and Secondary Education, to David A. Perda, chief research and accountability officer for the Worcester public schools, says that students "must participate in the PARCC field test, which is a component of the statewide student assessment program" mandated by state law.

J.C. Considine, a spokesman for the state Department of Elementary and Secondary Education, said Friday, "There's no provision to opt out of PARCC."

Ms. Boone, too, said, "This is like any other state assessment program, and there is no opt out" provision, although there may be little the district can do about students who refuse to take the test.

Donna M. Colorio, a parent and former School Committee member, pointed to the Policies Handbook for the Worcester Public Schools for legitimacy. On page 18, it says, "Students whose parents opt them out of state or district standardized assessments will not be academically penalized or face disciplinary action except as prohibited by the Commonwealth of Massachusetts or of the United States." But in an apparent contradiction of this, the book says on the following page, "All students… are required to participate in all MCAS tests scheduled for their grade."

"That handbook is a problem," Ms. Boone said Friday. The policy was written before she arrived in 2009, but she believes it is meant to protect children from repercussions in all but 10th grade if their parent is "a true conscientious objector" to a standardized test. Students still must complete the 10th grade MCAS requirements to get a high school diploma.

Ms. Colorio has been distributing electronic and hard copies of opt-out forms. She believes students are being forced to be research subjects so that Pearson, the corporation that developed the test with a consortium of states, can test its product. Ms. Colorio believes parents can opt out of the field testing if they submit their request in writing to the school.

She is against PARCC itself, against the field testing, and against the fact that field-tested students in Worcester will also have to take MCAS. "I think we're over-testing," Ms. Colorio said.

Edward L. Moynihan's daughter is in 10th grade and is scheduled to take both the MCAS tests, which are a graduation requirement, and a PARCC field test, which he intends to have her skip.

"They're taking a couple hours of class time away from her and away from her teachers," he said. "I am in charge of her education first and foremost, and when she enters the classroom, I give her to teachers to educate her, but I don't give up my parental rights."

He plans to address the School Committee on Thursday and ask its members to do more parent outreach and education about the tests, such as meetings at school where some classes will take the field tests.

Ms. Boone said parents of students in classes doing the field tests will get a letter about the tests. Selected classes at 31 schools in the district are participating, but not entire schools. The field tests should not be stressful, she said, because they will not count for anything for the student or their school this year.

School Committee member Tracy O'Connell Novick also believes that parents have the right to choose whether their child should take the field test, though she objects to the field testing mainly because Ms. Boone is having field-tested students take their regular Massachusetts Comprehensive Assessment Systems exams on top of PARCC field tests. Ms. Novick cited Canterbury Street School as the worst example of test overload: Two of the school's third-grade classes will take MCAS for the first time, plus two types of PARCC tests. Why not let those kids skip MCAS for a year?, she wondered.

"Don't pretend that the only way you get any information is from the MCAS," Ms. Novick said.

State Commissioner of Elementary and Secondary Education Mitchell D. Chester left the issue of whether to double test up to superintendents, and Ms. Boone has been steadfast in her decision. She said Friday that parents and principals have said they do not want to miss a year of MCAS data showing how their children and school are progressing. The PARCC field tests will not produce any scores for parents or districts.

The Daily Hampshire Gazette reported Feb. 24 that Northampton's superintendent and School Committee have requested to withdraw from field testing for other reasons, namely the time involved in setting up and overseeing the tests and the lack of a wireless network needed for the computerized version of the test. The superintendent did not return a call for comment Friday, and the state had not taken any action on the request.

Glenn Koocher, executive director of the Massachusetts Association of School Committees, said: "I don't believe the parents can individually opt out, but I think if the districts want to opt out, I'm not sure that the state has the authority to coerce them."

The association has not taken a position on PARCC or on the Common Core curriculum, which is already in place in Massachusetts and which PARCC is designed to test.

The state is scheduled to decide in fall 2015 whether to replace MCAS English and math tests with PARCC.

Email ThisBlogThis!Share to TwitterShare to FacebookShare to Pinterest
Labels: Pearson