Diane Ravitch and the Suppression of the Sandia Report

Ever heard of A Nation at Risk? Of course you have--it proved the public schools are going to hell in a handbasket. How about the Sandia Report? No? That's okay--the vast majority of the American people have never heard of it, either.

One of the chief reasons why, as pointed out in this trip down memory lane by Jerry Bracey, has everything to do the crucial role played by ideological chameleon and conservative revisionist, Diane Ravitch. You see, Sandia challenged many of scary conclusions in A Nation at Risk that were being used to justify the new "accountability" and the push for school vouchers. 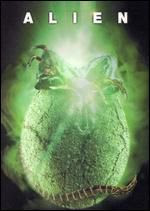 As we now wait for the day that the Bush thugs are finally sent packing from Washington, Ravitch is busy trying to bore her way into the naive and ahistorical brains of unsuspecting liberals, where she can once again plant her poisonous and monstrous eggs. Her target right now is Deb Meier--we'll see how far she gets.

In Ian McEwan's exquisite little novel, Atonement (now also a film), a young girl tells a lie that produces disastrous consequences over many years although she herself becomes quite celebrated as an adult. I thought of Atonement when I read in Deb Meier's blog to Diane Ravitch, "While you and I are both feeling a little weary about how politics has distorted schooling...." Hah! Ravitch quarterbacked much of the distortion and needs to atone for her role in the suppression of "Perspectives on Education in America," better known simply as "The Sandia Report."

The draft of The Sandia report closed with "There are many problems in American public schools, but there is no system-wide crisis." This was too positive for Ravitch, then assistant secretary education in the now defunct Office for Educational Research and Improvement, and Secretaries of Education and Energy, Lamar Alexander and James Watkins.

Almost precisely 17 years ago, Lee Bray, the Sandia vice president who had overseen the analysis flew up to Denver to show me the 156 page report. I had written an Education Week commentary arguing that the SAT decline had been much smaller than people thought (in fact, I was only riffing off the College Board's own panel which had produced On Further Examination). Bray said he had a lot of data on other indicators that corroborated my conclusions. He did.

Bob Huelskamp, one of the three engineers who authored the report returned some three months later to present it to me and some administrators in the Cherry Creek School District. I said we should take all of the data I had collected (substantially more by then than when I wrote the SAT piece) and the Sandia data and publish them all in one place. Huelskamp said, "We can't. We've got internal political problems."

I think it is inherent among engineers to practice understatement. What had actually happened was that the Sandia group had gone to Washington and presented the report to department of energy and department of education staff and some Congressmen. At the end, David Kearns, former CEO of Xerox and then Deputy Secretary of Education said, "You bury this or I'll bury you." Ravitch has denied Kearns said this. Huelskamp has affirmed it. An article in Education Week said only that "administration officials, particularly Mr. Kearns, reacted angrily at the meeting." The article also contained allegations of suppression and denials of such ("Report Questioning 'Crisis' in Education Triggers an Uproar," October 9, 1991).

The engineers did get buried, being forbidden at one point to leave New Mexico to talk about their findings. "Dead wrong" was how Secretary of Energy James Watkins (Energy funds Sandia) described the report in the September 30, 1991 issue of the Albuquerque Journal. "It is a call for complacency when just the opposite is required," he said. (It amazes me that each time someone points out that the educational sky is not actually falling, those who say it is lose all capacity for logic and accuse that the non-Chicken Littles of being messengers of complacency. In a badly argued, extremely simplistic Washington Post op-ed, Ravitch pinned that label on me and the Sandia engineers, along with Iris Rotberg, then of the National Science Foundation ("U. S. Schools: The Bad News Is Right," November 17, 1991); typical distorting sentence: "[Critics] say it is not fair to compare ourselves to countries like Japan and Korea because they value education and we do not").

Ravitch denied at an AERA meeting that the report was being suppressed. The official story was that it was undergoing peer review by the U. S. Department of Education and the National Science Foundation and that it was not ready for publication. It is to NCES' Emerson Elliott's and NSF's Peter House' everlasting shame that they agreed to have their agencies collude in this political charade and signed dishonest letters to Ravitch about what the reviews had shown. It was, of course, insulting and unprecedented that a report from one agency be peer-reviewed by other agencies.

Five years after Lee Bray retired, I called him. He was not enthusiastic about reopening old wounds, but when I asked him directly if the report had been suppressed he said, "Yes, it was definitely suppressed."

The Education Week article on The Sandia Report closed with the prediction that "Administration officials will use a lengthy review process to bury the report." Indeed, it was never published. It appeared in print only when Jim Raths of the University of Delaware and then an editor at the Journal of Educational Research made it the entirety of the May/June 1993 issue of that small journal. Because nearly 20 years have passed, most people don't know either of the report or the suppression that followed. But that act of suppression sits like Banquo's ghost at the banquet table, seen, in this case, not only by Macbeth, but by to those of us who witnessed the murder.