Parents and Teachers to Rally Against Fenty-Rhee 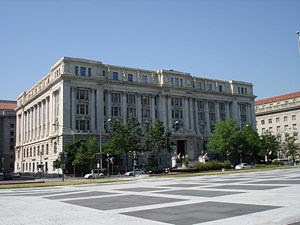 The planned corporate takeover and charterizing of DC Schools has run into a buzz saw. Perhaps democracy still has a chance in the Nation's capitol. Join the rally tomorrow at the John A. Wilson Building and Freedom Plaza.

The 60-second spot is called "Hijacked" and uses the O'Jays' "Back Stabbers" as background music. It will air an average of 13 times each day starting today through Tuesday, when the D.C. Council is set to vote on the Public Education Personnel Reform Amendment Act of 2007, said Dwight Kirk, a spokesman for the unions.

Additionally, teachers, parents and others are planning to rally at 9:30 a.m. tomorrow in front of the John A. Wilson Building to protest the approach to school reform that Rhee and Mayor Adrian M. Fenty (D) are taking.

Kirk said the unions are hoping to tap public sympathy in the wake of Rhee's announcement that she plans to close 23 schools, an action that is drawing the ire of parents, council members and community leaders who say their voices were not heard when Rhee, with Fenty's backing, made her list.

The personnel bill would reclassify employees as "at will," meaning they could be terminated without cause. . . .