More British Reports on the "tyranny of testing" 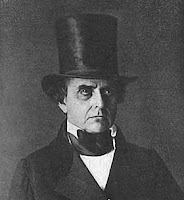 From the London Telegraph:

Tests and league tables are "deeply damaging" the quality of schoolchildren's lives and their education, a major report by head teachers will warn this week.

The obsession with national assessment that has seen pupils in England become the world's most tested is putting huge pressure on children, stigmatising them as failures and forcing teachers to narrow the curriculum, according to the National Association of Head Teachers (NAHT).

The report, to be published this week following a 10-month inquiry by the NAHT, calls for the "examinations factory" in England's schools to be scrapped and radically redesigned. It adds to concerns about the National Curriculum tests, known as key stage tests or "Sats", and their effect on millions of children.

Just last month, two reports revealed widespread disquiet about the regime. In a review of primary school education, Prof Robin Alexander, from Cambridge University, concluded that the tests heaped stress on children and produced inaccurate results. This was followed by a report from the influential Specialist Schools and Academies Trust, which listed a series of "damaging side effects", including teachers drilling children to pass tests and the "unreasonable pressure" of continual testing.

Mick Brookes, the NAHT general secretary, said: "Teaching to the test is having a disastrous effect on the curriculum and on children." He added that the report had uncovered "overwhelming evidence" of the "tyranny of the testing regime". . . .