The Struggle to Keep the Reading First Gravy Train on Track 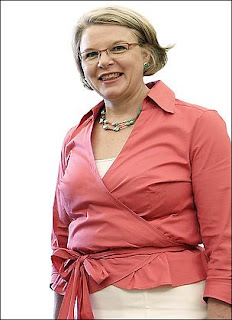 Soon after the Supreme Court settled the Presidential election for us in late 2000, the phonics zealots of Governor Bush’s reading czar, Reid Lyon, along with the scripted direct instruction (DI) lieutenants of Sig Engelmann disciple, Doug Carnine, took an ideologically-corrupted National Reading Panel report to devise a federal program for early reading instruction and intervention, aimed at molding and controlling the neurological development and behaviors of the children of the poor. (See examples here and ask yourself if middle class parents would ever allow their children to attend one of these incarceration centers called Title I schools).

This program would become Reading First, the centerpiece of the new Title I under what we now fondly refer to as NCLB. And with the same conservative cronies who drafted the program in charge of selecting recipients of the $1,000,000,000 a year in federal reading grants to the states, it didn’t take long for word to get out on which literacy approaches that the Paige/Spellings shop would fund and which they would not. The full extent of the corruption remains unknown, but Congressional testimony and ED’s own Inspector General uncovered enough to show why DI, DIBELS, and phonics now rule in schools with large numbers of poor children. It also offers enough details to see how corporate and academic and bureaucratic insiders got fabulously wealthy in the process.

Last year Congress acted to slash funding of the Cronies, er, Reading First program. So now while we wait to see if the Inspector General’s referral to the Justice Department will lead to a criminal investigation and/or indictments, Margaret Spellings is making the rounds advising cash-starved state departments of education on how to re-direct federal funds to make sure that the gravy train doesn’t get derailed and to make sure that the “cognitive decapitation” (Kozol’s term) of poor, minority children continues unabated.

In the meantime, many states are stuck with the parrot reading programs approved by the Lyon-Carnine Cabal, such as McGraw-Hill’s Open Court (or as reading teachers refer to it, Open Cult). And what about the balanced, humane, and marginalized programs like Reading Recovery, which was systematically excluded by the goon squad of Reading First Director, Chris Doherty? In the Fed’s own research last year, reported by Education Week, Reading Recovery was the only program "found to have positive effects or potentially positive effects across all four of the domains in the review—alphabetics, fluency, comprehension, and general reading achievement:"

. . . .That program, Reading Recovery, an intensive, one-on-one tutoring program, has drawn criticism over the past few years from prominent researchers and federal officials who claimed it was not scientifically based.

Is Margaret Spellings advocating for a reconsideration of all Reading First grant funding decisions in light of these new findings? Any guesses?
at 9:39 AM