Duncan Advocates Use of Innovation Fund to Advance Corporate Interests

Teach For America has been around almost twenty years, and in recent years TFA has been charged with readying Ivy League missionaries for their larger roles as quisling CEOs in charge of the corporate welfare charter schools that are planned to replace urban public schools. The KIPP brainwashing cults could not operate without TFA's constant supply of two-year temps, where their creepy cheer has proven a boon for impoverished urban schools that cannot hold qualified teachers to the parrot teaching/learning scripts and the behavioral catechisms aimed to psychologically contain the next urban generation. Here are the members of the latest 10 million tax-deductible dollar club of supporters for TFA: 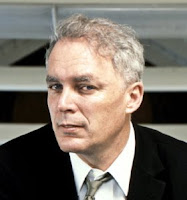 Around since 1999, Green Dot Public Schools, Inc. is an outfit run by Eli Broad's lapdog, Steve Barr, an aggressive foul-mouthed pol who has the political savvy to do the paid astroturfing that offers the impression that Broad's corporate charters grow from the grass up, rather than exploding from the corporate bombers down. See Sharon Higgins's excellent dissection of the Broad-Barr thing in Los Angeles, which has received tens of millions in tax-deductible dollars from Broad alone, not to mention the other multiple millions from the venture philanthropy industry. From the NYTimes, 2007:

Green Dot is part of a new wave of nonprofit, high-performing charter chains that have grown rapidly with philanthropic financing, in Green Dot’s case especially from the Broad and the Bill & Melinda Gates foundations. Others include the KIPP Schools, in 18 states, and Achievement First, with 12 schools in New York and New Haven, said Ted Mitchell, head of the NewSchools Venture Fund, a San Francisco group that works with several chains.

And so now with the same gang from the Broad Foundation and the Gates Foundation running the U. S. Department of Education, it is not in the least surprising that the Dunc would be promoting two of the philanthrocapitalists' favorite projects, TFA and Green Dot Public Schools, Inc., as the leading potential recipients of the newest pot of tax dollar gold worth $650 million. Wall Street stimulus model on the small potatoes scale of education funding:

Congress approved financing for the innovation fund almost as an asterisk when it approved $100 billion in federal education aid under the stimulus program in February. But Secretary of Education Arne Duncan says it could be a powerful lever for improving achievement.

In a speech last month, Mr. Duncan said programs that might qualify for innovation fund financing included Teach for America, the nonprofit organization that recruits elite college graduates for two years of teaching in hard-to-staff schools, and Green Dot, a nonprofit charter school organization with headquarters in California.

In a conference call on Tuesday, Mr. Duncan invited applicants to “show us their best evidence that their programs will boost student learning.” . . . .

Show us your test scores!