Secrets Behind the KIPP Bump, Part I: Student Demographics

This is first of several posts with results from a widely reported new study of the KIPP phenomenon.  Let the numbers speak:

KIPP schools enrolled a higher percentage of students eligible for free and reduced-price lunch (77%) than did the local school districts (71%).

KIPP schools enrolled a lower percentage of students with disabilities (5.9%) than did their local school districts (12.1%).

KIPP enrolled a lower percentage of students classified as English Language Learners (11.5%) than did their local school districts (19.2%) (p. i). 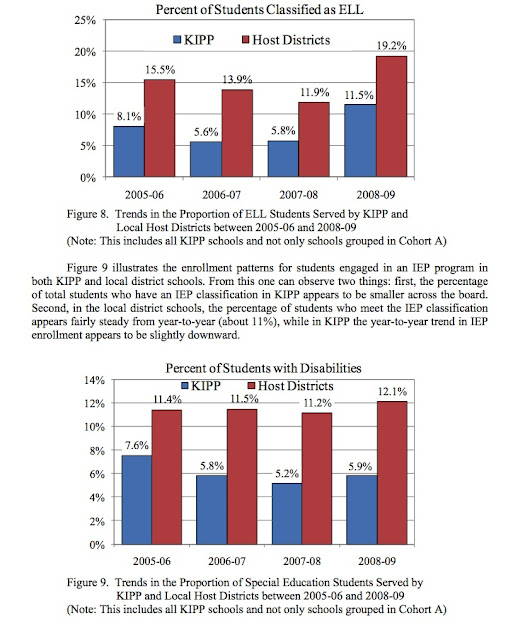