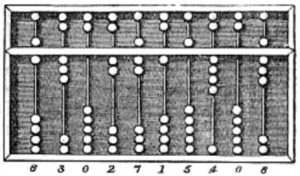 On the heels of a recent post here regarding a K-2 cubicle "learning" factory in Yuma, AZ, "Nineteenth Century English Schools...," I'd like to offer something on what I have called "technagogy." But briefly, I would note that the Yuma, AZ school isn't only English, it is fully American as well. This is only natural as America is the child of England.

Some of you may know that Henry Thoreau was, for two weeks, a kind of "district" manager for the Concord Schools--one of the top slots earning big dollars for the time, and he just out of Harvard. One primary duty of teachers in this setting was to try to maintain air quality as the rooms were heated by wood stoves, were poorly ventilated, and the students' health was in real danger. Why two weeks for Henry's tenure, especially in the midst of an economic depression such that this job was manna to him and his family? A superior was observing the classroom and disapproved of Henry's method. He had not beaten students when they failed at lessons or were unruly. This was a requirement and he must perform this "teacherly" act. Henry immediately went back to the room, chose two boys at random and beat them thoroughly, then resigned his office on the spot.

Resigning his office...this was Thoreau's advice in his most trenchant essay (possibly the most perfect piece of writing this country has produced), "Resistance to Civil Government."


A minority is powerless while it conforms to the majority; it is not even a minority then; but it is irresistible when it clogs by its whole weight. If the alternative is to keep all just men in prison, or give up war and slavery, the State will not hesitate which to choose. If a thousand men were not to pay their tax bills this year, that would not be a violent and bloody measure, as it would be to pay them, and enable the State to commit violence and shed innocent blood. This is, in fact, the definition of a peaceable revolution, if any such is possible. If the tax-gatherer, or any other public officer, asks me, as one has done, "But what shall I do?" my answer is, "If you really wish to do anything, resign your office." When the subject has refused allegiance, and the officer has resigned from office, then the revolution is accomplished. But even suppose blood shed when the conscience is wounded? Through this wound a man's real manhood and immortality flow out, and he bleeds to an everlasting death. I see this blood flowing now.

Our advances in technology offer what we might call short-cuts to thinking and doing.

The logic of technagogy might be stated thus: the more technology we use in elementary and secondary schools the less the students need to think and do. In other words, introducing children at younger ages and in a sustained fashion to trends in technology products will not yield a more intelligent or deliberate human. It seems, rather, that the opposite would be true.

Perhaps a corollary might be that to learn deeply and thoroughly one should come to education as bereft of technology products as possible and continue that way.

Also, it might also be obvious that the common ground of our living is "technological." We should admit that our children are in many respects suckled at the teat of a technological mother. We eat, drink and breathe technology. We consume pixels as if they were top of the food pyramid. It is a starvation diet.

Admitting this we might also assert that the children we know and parent and teach are already "tech savvy" and need no assistance from educational systems in order to learn how to be tech savvy. About the only thing that I could imagine would be useful pedagogically to a child in a technological age would be to initiate the understanding of how these technologies actually work. To create a mind that might actually be able to write code and speak the language of the binary Borg. I shudder at that, but in some sense, it would at least be "useful" in our horrifying future.

So, how does it benefit children to use a technagogical curriculum? It doesn't.

It DOES benefit purveyors of technology products. It does benefit people who promote technology education. It does benefit school systems if they feel they can "educate" to "testing standards" hundreds of students via a computer program. It allows them to cut the pesky human labor that costs way too much money.

But I honestly don't really care about that. Really. I just get angry at the stupidity of arguments FOR educational use of technology as a learning tool.

I might offer that teaching math via tech programs makes some sense to me as I see it as a kind of "rote" language for the vast majority of all humans. You don't need to know much to manage your life. And again, the logic of technagogy "programs" all mathematical functions into computer systems. There can't be much call for millions of students learning how to write programs that change how our "math" is computed. It's a subject suited for technology and that's WHY it is pushed as a standard to make hay over. It IS a calculable discipline.

There is no doubt to me that rote learning is valuable--the more language I have access to the better.  But, we are talking about an organizing institution that is going further daily to be used as "underclass" maintenance.

One needs a school, a class, a teacher, a community to show the way towards humanity, understanding, sympathy, narrative, poetry, art, music. These are NOT rote and factual but are rather multi-sensory and soulful. These are the subjects that bring human life to a pinnacle of self-discovery and expression.

This is what we are undercutting and selling out from under our kids, our society. These are the very things that make life worth living; the very things that encourage sharing and discussion and even, gasp, meaningful innovation. The very things we are no longer able to do. We believe music is a "sampling" medium. This is our loss; this is us lost.
at 7:42 AM