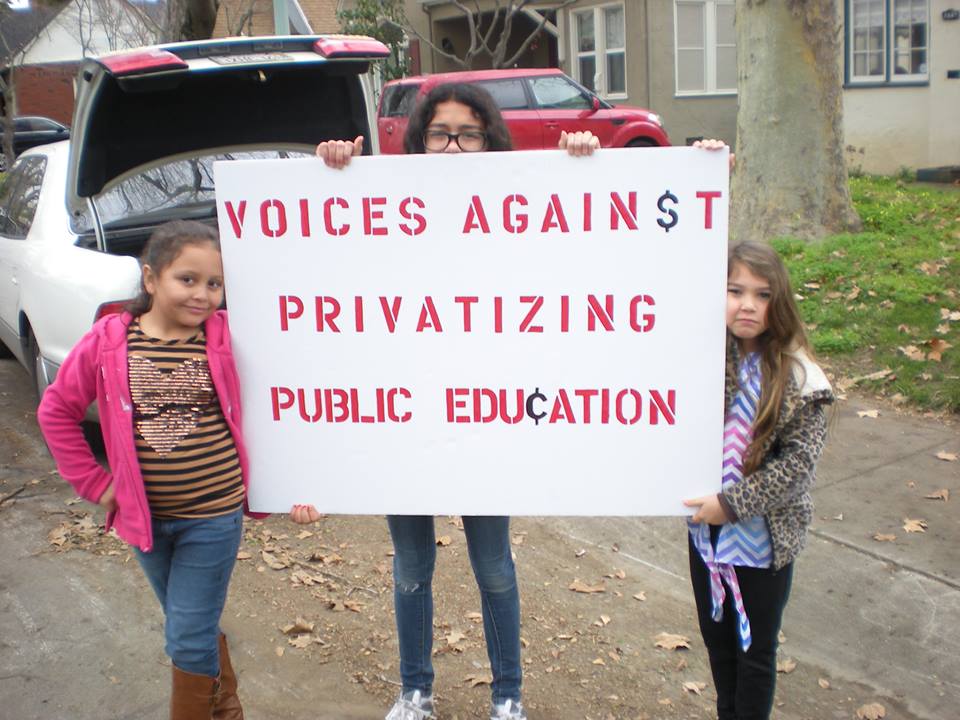 There is a small grass-roots group that has been working diligently to create a ballot proposition to repeal the charter school laws. While a seemingly daunting task, there might not ever be another chance to do this before the privatizers eliminate public schools altogether (Eli Broad just announced his plans to cut LAUSD's public schools in in half). The group has an online petition that now has over 600 signatures. They also have a facebook group. Both of which are linked here:

Ballot Initiative to REPEAL the CA Charter School Act of 1992

Most importantly, they have picked up a handfull of key labor leaders and organizations:

The coalition is working hard to get several more organizations on board, including local Democratic party clubs in several large cities. Please consider getting involved, and perhaps even endorsing the efforts of the group.