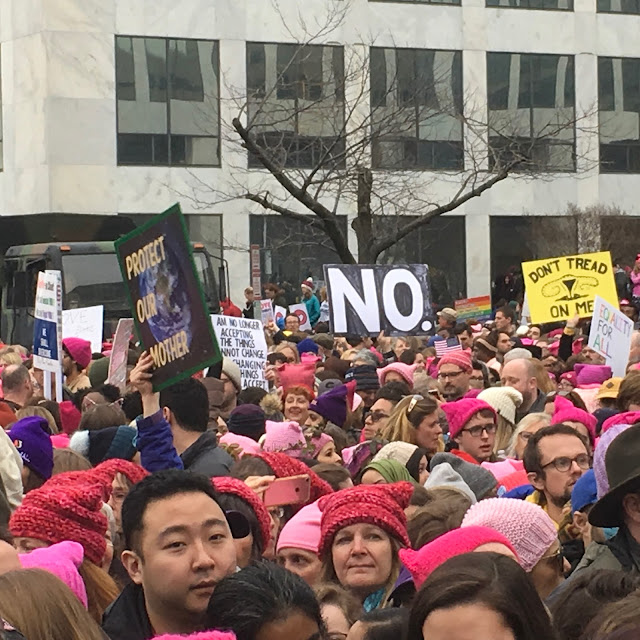 Just back from DC, where the Women's March brought out more than a half million people to assert their determination to maintain a constitutional democracy and the civil and human rights that our predecessors over many generations have fought and died for.  If it comes down to it, the millions that gathered around the country this past weekend have declared that they are no less willing to make sure that we continue to protect our Constitution and work toward "a more perfect union."  I feel confident that this Republic will not be usurped by a band of neo-fascists led by a narcissistic buffoon who lied and cheated his way to the highest office of the land.

What impressed me most about this demonstration, besides its sheer size and its peaceful and determined exercise of free speech, was the united front that came together, comprised of so many different pressing concerns and peoples:  immigrants, black and brown citizens, women both too young to walk and too old to walk and every age in between, the LGBT communities, students, retired people, Christian, Islamic, and Jewish, unions, white, Asian, American Indian, and yes, even old white, privileged white guys like myself who reject Trump's false characterizations and racist lies. 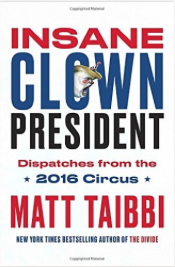 The sociologists call it intersectionality.  Whatever you call it, it is the first step in the emergent renewal of our democratic aspirations here and abroad.  Trump has, in effect, brought us all together, around the world, which is something Hillary and the neoliberals never could have done.

I'm hoping to get Matt Taibbi's new book this week: