If you're in Los Angeles this month, three education items to consider

These events and announcements are worthy of your consideration. Especially the event featuring Schools Matter's very own Dr. Stephen Krashen. I would love to attend all of these, but… law school. 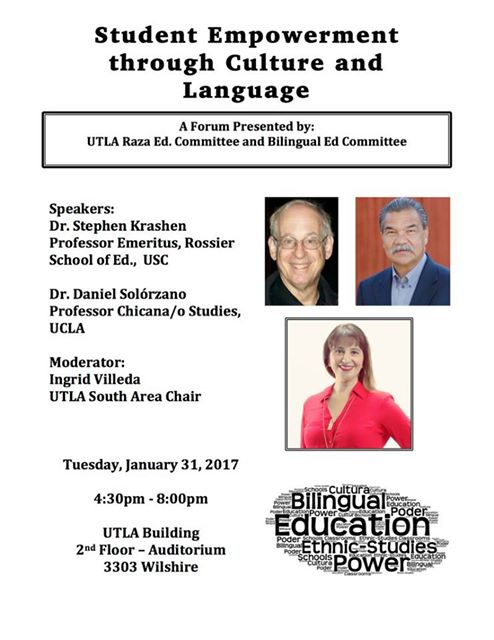 Professors Solórzano and Krashen: Student Empowerment through Culture and Language by Robert D. Skeels on Scribd

A busy week will be upon us. As most of you know, CEJ's campaign-turned-movement for the Schools LA Students Deserve has really grown in the last few years. Many of our chapters (we have 14 now!!) are called Students Deserve and our students, parents and teachers often call us Students Deserve now, although we are still Coalition for Educational Justice as well (CEJ). We have chapters as far west as Venice HS, as far east as Garfield HS, in Hollywood, Koreatown, Silver Lake, North Hollywood and South LA. We're seeing our dream of organizing across our huge city come to life!!
We wanted to share an exciting event  that our students have planned on their own with some support from our two new paid Students Deserve organizers, Maricela (full-time student and parent organizer) and Alfredo (part-time, supports the student organizing piece).
We're very excited to announce:
We also will be involved on Thursday: January 19th: UTLA/ROS LA Morning Action. You probably know about the action taking place at schools. Students Deserve students want to support whatever this looks like at your campus to show that we won’t let Trump mess with schools and our communities. 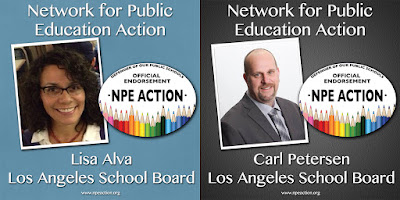 The Network for Public Education Action is proud to endorse two candidates for the Los Angeles Board of Education District 2 primary election—Lisa Alva and Carl Petersen.
Although it is very unusual for us to endorse two for the same position, both are well qualified and are committed to the ideals of NPE Action.
The third candidate in the race, the incumbent Monica Garcia, has clearly demonstrated by her record that she is not aligned with the pro-public education agenda of the Network for Public Education Action.
We therefore urge our supporters to vote for either Lisa or Carl. 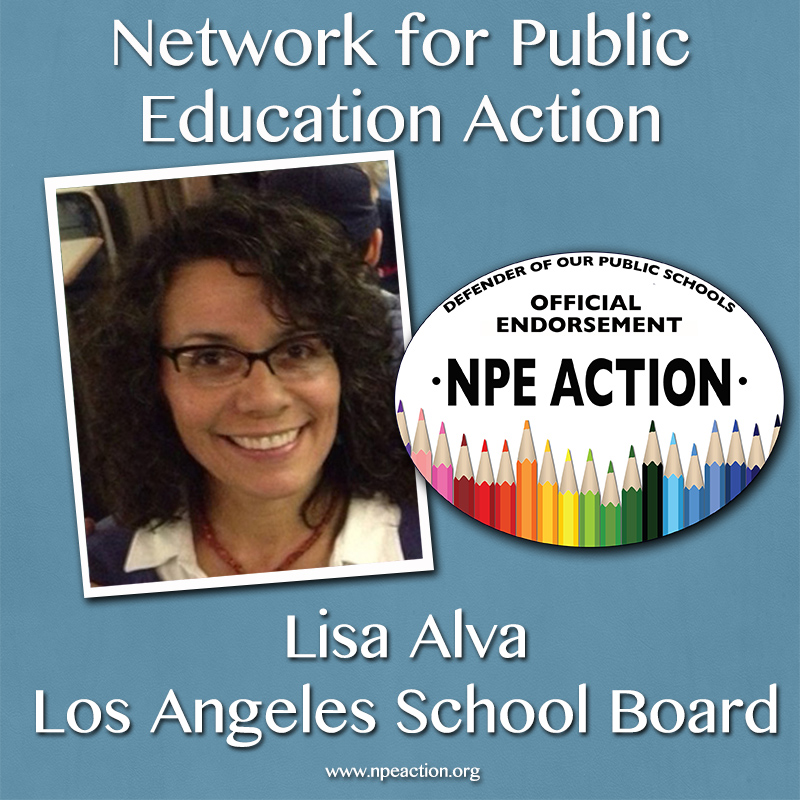 Lisa Alva
Lisa has been a classroom teacher, school leader and a voice for teachers for 18 years. She told us that her first priority if elected “would be to redirect funding, resources and personnel to neighborhood public schools so that all children, especially at-risk youth, have enough variety in classes, and small enough classes, to benefit from a complete education that includes electives and vocational-technical training, from pre-K through Adult School. This means beginning and ending every conversation with the question, “How will this benefit students?”
She supports less standardized testing, and smaller class sizes. She also embraces charter school reform and transparency, and a return to democratically controlled schools.
According to Lisa, “Charter schools needlessly drain resources from neighborhood schools, weaken the teaching profession and leave more students behind than they serve.” 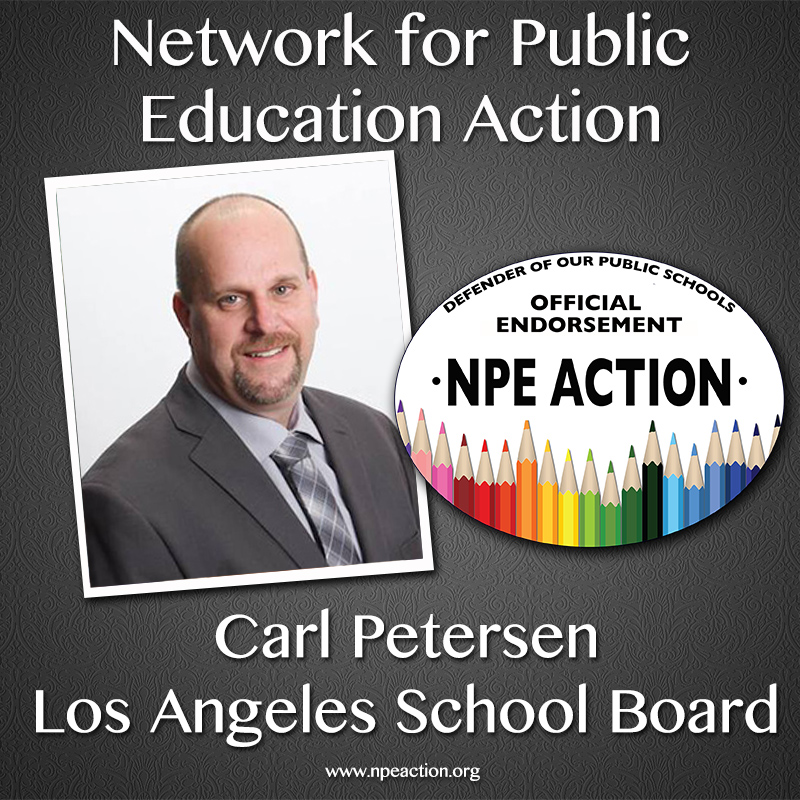 Carl is the father of five children, all of whom have attended public schools. Two of his daughters are on the autism spectrum so he is especially sensitive to the importance of funding for students with special needs.
Carl’s first priority is to stop Eli Broad’s Great Public Schools Now Initiative “to reach 50 percent charter market share.” According to Carl, “The LAUSD does not currently have the capacity, or the will, to oversee the 250 charters that already operate within the District. Doubling the number of these organizations will create opportunities for financial improprieties like those that have occurred at El Camino Real Charter High School, where public funds were used for expensive dinners, first class airfare and personal expenses. Charters are currently allowed to cherry pick students who are not English learners, do not have special education needs and do not have behavioral issues. The higher costs of serving these students are borne by the LAUSD schools that continue to serve these populations. Increasing the number of charters will shift these costs to an even lower base of students. The bankruptcy of the District is a likely result.”
Carl believes there should be less testing and he is opposed to the Common Core. He believes that there should be more accountability for the Los Angeles Board of Education.
The LAUSD school board election primary will take place on March 7.  We ask you to choose between these two fine candidates when you cast your vote.
Thank you,
Carol Burris
Executive Director
You can share these endorsements using the following links:
http://npeaction.org/2017/01/14/npe-action-endorses-carl-petersen-lausd-school-board/
http://npeaction.org/2017/01/14/npe-action-endorses-lisa-alva-lausd-school-board/
at 8:00 PM