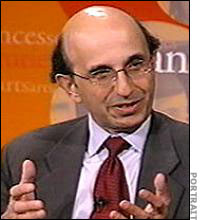 Only the latest Bloomberg/Klein flameout.

ALBANY — In the latest rebuke to Mayor Michael R. Bloomberg’s agenda, state lawmakers have decided to bar student test scores from being considered when teacher tenure determinations are made.

Legislators said the move was the final detail negotiated as part of the budget, which they expect to complete on Wednesday. It was a setback to efforts by the mayor and former Gov. Eliot Spitzer to hold teachers accountable by using student performance data, and a boon for the teachers’ unions, which hold enormous influence over the political process in the capital.

The new language being prepared for the state law says that for the next two years student scores will not be considered in decisions on teachers’ tenure; in the meantime, a commission is to be created to study the issue.

The move was denounced Tuesday night by the Bloomberg administration.

“I am dismayed that the State Legislature would even consider tying the hands of principals and school districts as they decide who gets lifetime job security,” said Schools Chancellor Joel I. Klein. “This is unconscionable. Lawmakers should do all they can to ensure every student has a good teacher. I urge our lawmakers to vote no tomorrow. Our children deserve better.”

The development was another sign that the fledgling administration of Gov. David A. Paterson, a Democrat, could be a rocky one for the mayor. The new governor was unable to rally support for the mayor’s congestion pricing plan, which would have charged drivers to enter Manhattan below 60th Street. While Mr. Paterson supported the measure, he could not persuade Assembly Speaker Sheldon Silver or other Assembly Democrats to bring the measure to the floor, and it was pronounced dead without a vote on Monday. . . .