Recently Randy Best's Higher Ed Holdings was outed during backroom deals to buy the University of Toledo's college of education so that Best Associates could glom on to another accredited school in order to expand its own right-wing teacher credentialing at American College of Education, the phony for-profit diploma mill that Arne Duncan is so keen to market to urban teachers in order to complete the penal schooling system that he and the oligarchs have planned for American cities. Randy's corporate lawyers withdrew when students at UT began to organize and call for President Jacobs's resignation, but the letter from Tom Evans to UT's Provost Haggett hinted that Best and Associates would be back when the stars aligned: "it is best to defer our partnership until we have the alignment necessary within the University." 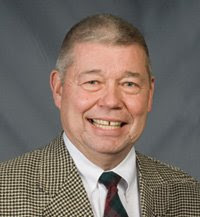 Apparently the sky is about to get corrected because UT President Lloyd Jacobs is on the verge of appointing entrepreneur, engineer, and Univesity Board Member Tom Brady to fill the interim Dean slot at the college of education--long enough, we may presume, to have another go at debasing the College's integrity by selling it out. That's right--a materials engineer as Dean of the Judith Herb College of Education.

The story gets even stranger. It seems that it was the Herbs, of Chicago Coca-Cola bottling fame, who, in 2006, promised $15 million to the college of education to get Mrs. Herb's name on it, and it was also the Herbs who have some acquaintance with Dr. Brady, whose company, PTI, was at the forefront in the mid-1980s in developing the soft PET plastic bottle for, that's right, Coca-Cola.

The question that now is moving quickly toward Governor Strickland's office is this: What is the plan for the University of Toledo? Is the plan to sell it off piecemeal in order to fully fund other state universities? How are the dots among Randy Best, Arne Duncan, American College of Education, Chicago, the Herb Family, Coca-Cola, urban schooling, and the corporate takeover of America's public institutions? There used to a newspaper in Toledo, it seems to me, that did some pretty good investigative journalism.

Meanwhile, UT students and faculty should not get too far removed from their poster board, marching shoes, and sharp-tipped pens. You have been targeted to be filled with an unholy entrepreneurial spirit--and Coca-Cola, too, we may presume.
at 8:44 AM