On Monday the Commercial Appeal in Memphis carried a story on efforts by local officials to take a deep breath and assess the charter school situation as these same officials work to create a Metro school system out of separate city and county systems.  This seems to be a reasonable proposal, but, of course, the hedge funders, vulture philanthropists, Koch Brothers puppet, Gov. Haslam, and other corporate welfare bottom feeders are in an instant lather to block any effort to call a timeout on the spread of the intensely segregated (by race and class) exclusionary charter schools in Memphis, with their punishing protocols that no middle class parent would consider for their own children.

Greg Thompson, former investment banking analyst and new chief of the Tennessee Charter School Incubator, is leading the charge for the uninterrupted flow of public money into these corporate charters.  He and the front office of KIPP, Inc. and TFA, Inc. argue that the spread of these urban chain gangs should remain unhindered by planning, evaluation, or just a little common sense. To bolster their insistent whine, they refer to "a report issued this month on behalf of the Center for Research on Education Outcomes (CREDO) at Stanford University," even though the State has yet to produce such a report despite repeated requests to various offices within Commissioner Kevin "TFA" Huffman's Department of Education.

So far, all that we have is a joint press release from TN's Achievement School District/New Schools for New Orleans, both of whom are supposedly contracting with CREDO for some kind of services to help determine which schools get the federal "innovation" grants.  The Press Release has never even been posted to the Web, even though it is dated September 30, 2011 (email me if you want a copy of it).  From the Press Release:

So if a school does not have three years of data, then its "effect size" cannot be determined, right?   Again, from the Press Release: 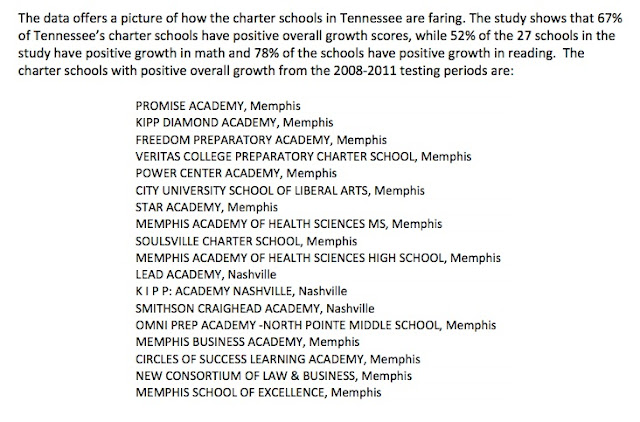 Now here is the first oddity in this.  Of the 15 Memphis charter schools on the list of high flyers from 2008-2011, there are 5 schools with only one year of data, having opened only in the Fall of 2010:

Second oddity: Three of the schools on the "CREDO" list have simply awful results on the state TCAP tests, which are supposedly used by "CREDO" to arrive at the list of schools that are outperforming public schools:

The TCAP Composite Scores for these three schools are below, as they appear on the State's public site:

In 2010, the Tennessee Department of Education implemented significant changes in state testing. For the purposes of these analyses, the new testing has been equated so it can be reported on the same scale. The Growth Standard reflects these changes and is based on statewide student achievement in 2009.

In 2010, the Tennessee Department of Education implemented significant changes in state testing. For the purposes of these analyses, the new testing has been equated so it can be reported on the same scale. The Growth Standard reflects these changes and is based on statewide student achievement in 2009.


Finally, consider the case of KIPP, which is listed as #2 on the list of "CREDO" high flyers.  It is hard to say which public schools they were matched with, but when matched with the state average, they did not do so hot, or at least there were no detectable differences (NDD) between KIPP's Explore Math scores or their End of Course Algebra I scores when compared with the State Averages.  Again, from the State's public site: 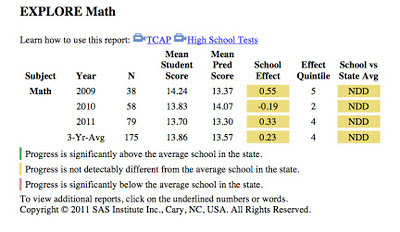 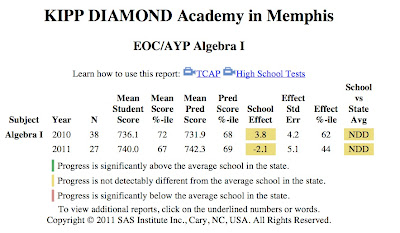 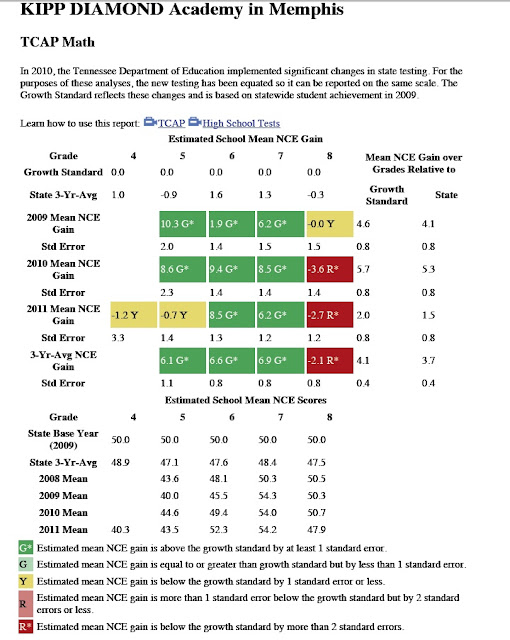 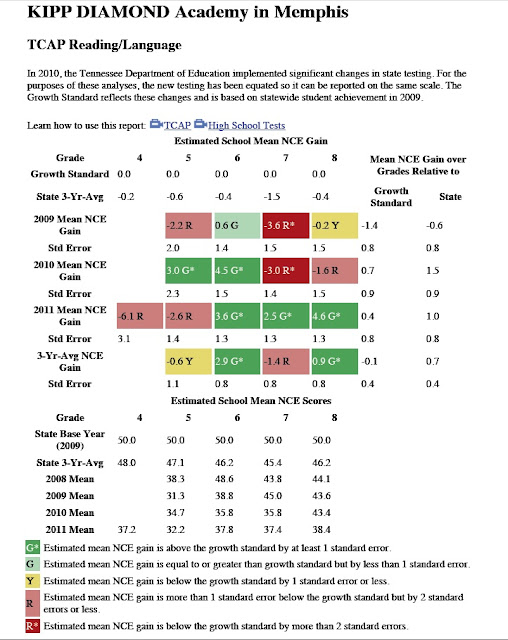 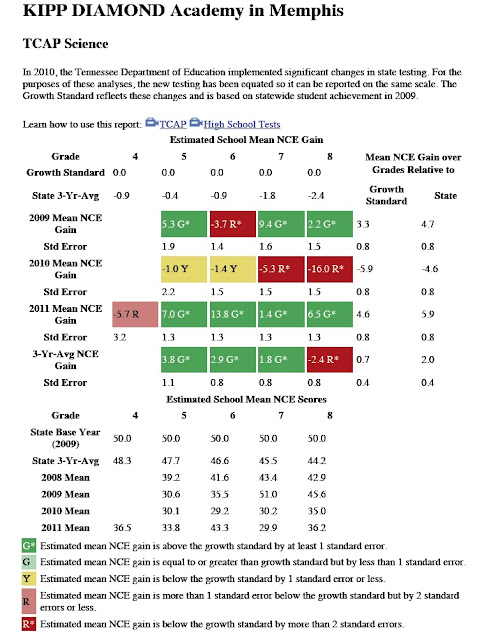 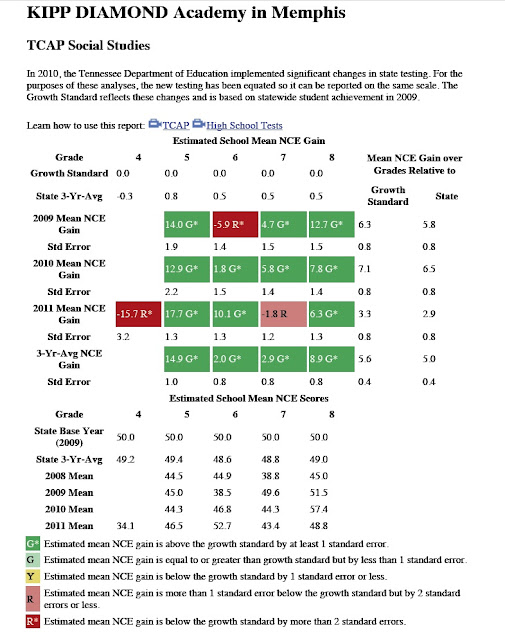