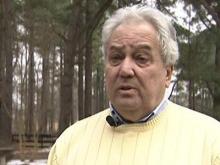 Despite an election that has changed the face of the Tea Party controlled school board, and despite public questions and appeals to go slow, the defeated school board chair, Ron Margiotta, has put the new anti-diversity plan on next Tuesday's school board agenda.

Mobilize the stop the premature vote that defies the wishes of Wake County voters.  From News Observer Oct. 13:

RALEIGH The three newly elected Democratic school board members, echoing many who spoke at a public hearing today, said Tuesday is too early for a final vote on Wake County schools’ sweeping new student assignment plan -- even if the delay puts off the plan for a school year.

District 8 representative-elect Susan Evans, who defeated chairman Ron Margiotta in Tuesday’s election, said additional study time might mean the plan would not be implemented until 2013, but might well be worth it.

“Do we have to have this in place for 2012-2013, when 94-95 percent of parents are happy where they are?” Evans asked. “I think we could take the time to vet it out and get it right. We definitely need to continue to work on a long-term plan.”

About two dozen speakers, most of them asking for changes in the choice-based plan, spoke before a crowd of about 80 people in the auditorium of historic Broughton High School. Every member of the nine-member board except Cary representative Debra Goldman showed up, while newly chosen members Evans, Christine Kushner and Jim Martin sat in the front row.

The members elected Tuesday won’t take office until Dec. 6, but Holly Springs resident Laura Broadbelt made an emotional plea to include Evans, Kushner and Martin in decision-making right away.

“What I’d like to suggest is something extraordinary -- that these three people here come up right now and start working with you,” Broadbelt said emotionally. “It looks like there’s enough room for you to scooch over.”

Control of the board beginning in December remains unknown pending a Nov. 8 runoff election between District 3 incumbent Kevin Hill and Republican challenger Heather Losurdo. Hill won 49.7 percent of the district vote, but needed a clear majority to win outright.


Board members, as is customary, did not respond to public comment, but Margiotta has indicated that the plan will appear on the agenda of Tuesday’s school board meeting.