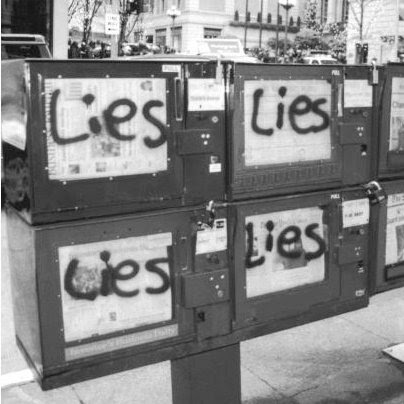 Dana Goldstein is a widely read journalist and a fellow of the right-of-center New America Foundation think tank. Her education writings are occasionally mildly skeptical of the corporate reform clique's claims of miracles, but at the same time she has no problem casting vile villains like Joel Klein, Michelle Rhee, Eva Moskowitz, and Joe Williams as individuals with legitimate concerns and ideas for public education, rather than the insatiably greedy opportunists they are.

She discusses KIPP's so-called "successes" without ever mentioning their abysmal attrition rates, uses the factually incorrect construct "public charter school," and has no problems calling arch-reactionary Rick Hess of the fringe-right American Enterprise Institute think tank an education expert. Hess may write extensively on education, but his "expertise" is confined to privatization policies. No serious scholar considers him anything more than a shill for Ayn Rand's long disproved ideas.

Goldstein, while not as deceptive or reactionary as Matt Ygelsias, nonetheless provides a progressive veneer to reactionary right wing education policies espoused by nefarious organizations like the billionaire funded Democrats for Education Reform and Communities for Teaching Excellence.

With all of that in mind, we consider Goldstein's latest essay, Meet the Teachers' Union Contract of the Future, in which she lionizes one of the higher profile corporate reform outfits — Green Dot Charter Corporation.

The essay is a fluffy cheerleading piece for Value Added Measures and other discredited corporate reforms. It posits that Green Dot's machiavellian management has somehow created a "highly-vetted workforce operating in an environment that emphasizes collegiality and professionalism." At no point does she question Green Dot Public Schools' assertions or slick marketing materials, whether on look into the real history of the colossal charter chain's real record on labor relations. I left Ms. Goldstein the following note after her post:

What a wonderful Public Relations piece for a lucrative Charter Management Organization! Those of us that follow Green Dot Charter Corporation in Los Angeles can shed a little light on the yellow unionism that Green Dot holds up as a model for the future. Asociación de Maestros Unidos (AMU) has never had single case of successfully defending a teacher against termination by Green Dot Corporation's capricious unelected board of trustees.

Moreover, AMU's CTA/NEA affiliation notwithstanding, tell us of a single "right" AMU has in their contract that isn't superseded by the unchecked power of their unelected corporate board. Anyone who has actually read the corporate contract knows the answer to this since they're familiar with article 4.1 which states:

"It is understood and agreed that the Board retains all of its powers and authority to direct, manage and control to the full extent of the law. While input from the staff will be considered and decisions will be derived in a collaborative model; final decisions will rest with the Board." (emphasis mine)


That's some real collective bargaining! That's why the pernicious former hedge fund manager, Marco Petruzzi, CEO of Green Dot Corporation was able to close Animo Justice by fiat, and neither the school community, parents, students, nor the supposedly "unionized" teachers were able to do a thing about it. Some "culture of fairness."

Let's hope that this isn't the "contract of the future," since all it does is further consolidate power into the hands of those that are the least knowledgeable and most unqualified to be making decisions about pedagogy. Their only concern? The bottom line and the bloated salaries of their executive staff.

Rest assured that Eli Broad, Bill Gates, the Walton fortune heirs, and all the other funders of the corporate Green Dot model to educate impoverished children on the cheap really appreciate your article though. We know how much those plutocrats care about kids.