These myths falsely portrayed desegregation's failures as the product of autonomous individual choice. Meanwhile, these myths obscured inequalities in desegregation. A new, but parallel, kind of mythmaking about choice is underway in today's charter school efforts. — Ansley T. Erickson 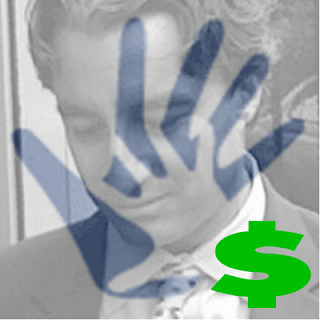 If there ever was an online bastion for right-of-center Democrats, it's Huffington Post. Their education reporting is abysmal in terms of both editorial content and policy advocacy. Their choice of bloggers heavily favors privatization minded charter-voucher swindlers. With a few notable exceptions, including Dr. John Thompson and Larry Ferlazzo, Huffington Post functions as shills for charters, vouchers, and other Freidman fantasies for converting the commons to commerce.

To wit deplorable reactionaries like Michelle Rhee, Whitney Tilson, and fringe right organizations like Teach Plus all have Huffington Post columns. Even slight disagreement in the comments on Huffington Post under one of these corporate education reform celebrities is subject to outright censorship in that they won't publish them. My success rate for comments being published on Huffington Post is a paltry thirty five percent. This is remarkable given that I never use profanity, engage in ad hominem, or do anything other than use facts and cogent arguments to discredit privatization propaganda. Speaking truth to power is a very big no-no on Huffington Post, and any deviation from the privatization narrative is inevitably censored.

Today I noticed charter charlatan Ben Austin had snuck in a years' end privatization piece reminding everyone about his John Birch Society inspired trigger law. In this latest school privatization infomercial he has the unconscionable gall to compare educators to billionaire bankers and Near East dictators, while casting his charter school public relations outfit as one of the occupy movements. My response to his highly offensive analogies, which were rejected by Huffington Post moderators even after several revisions, were as follows:

Interesting seeing a highly paid advocate of school privatization try to rhetorically co-opt the occupy movements in order to prop up their astroturf agenda. To be sure, none of the the right wing foundations funding Parent Revolution have a "revolutionary" agenda in mind. They are, to a funder, members of the one percent.

The real magic trick here is how Austin tries to couch his neoliberal agenda in the guise of supporting parents. Parent Revolution's sister organization, the racist reactionaries at The Heartland Institute, hail Austin's "trigger" thusly: "This might just be the most powerful education reform policy since Milton Friedman advocated the school voucher. Begun in California, the Parent Trigger allows a majority of parents to petition to have their local school reorganized or transformed into a charter, or even to receive vouchers to choose private schools."

When organizations ideologically right of the teabaggers cheerlead your policies and compare your agenda to that of arch-reactionary Milton Friedman, you can be sure it has nothing to do with putting "kids-first."


Why would this be censored? Perhaps Huffington Post is frightened that once people know that ideas like the trigger originated in fringe-right-wing think-tanks like Cato Institute, Hoover Institution, and The Heartland Institute that they might lose credence with their ostensibly liberal audience.

Parent Revolution has hosted conferences with The Heartland Institute. Heartland, which are essentially Birchers with a budget, unabashedly claims "Its mission is to discover, develop, and promote free-market solutions to social and economic problems." Heartland and other far right thank tanks are such big fans of Parent Revolution and the Trigger Law that they write gushing policy papers and have even created a website entirely dedicated to pushing this latest privatization trend.

Rather than spending more time discussing why media outlets like the Huffington Post and the press in general serve as unquestioning outlets for the school privatization sector, please see Caroline Grannan's latest essay: Why the press promotes the powerful, marginalizes dissent. Of note is the use of the phrase "sphere of consensus" which sounds hauntingly like the Washington Consensus.


UPDATE: Minutes before I finished writing this, and many hours after I initially commented on the Huffington Post piece in question, they published my comments. That doesn't change the censorship rate I mentioned, nor does it invalidate anything contained above.
at 1:14 AM