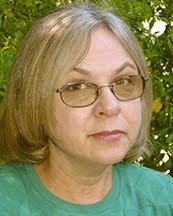 Defeated in 1996, 2000, and 2004, the Charter school industry will NOT give up. Another initiative is scheduled for this year's ballot. Unfortunately, the AP Sunday article begins with "some research has found" and spins in favor of charters.

Washingtonians were right in voting down this idea three times, and I would urge another NO vote. Coming from California, I witnessed the devastation to public schools caused by the corporate push to privatize public schools.

Of course, cutting the budgets, demonizing teachers, and trashing unions help make "bad" schools a self-fulfilling prophesy. And the public and parents, disgusted with what is left in these money-starved and dumbed-down curriculums (caused by teach-to-the-test), grasp for any straw of hope. Thus, the corporate-driven propaganda constantly tells them that charters are the answer.

The racist element that is played in this sales effort is the idea that charters are "especially good at helping minority and low-income students improve...." So, those non-minorities and higher income voters now have a way to sooth their consciences for the lack of funding going into the public schools. Just pass the buck to charters and forget the rest.

And "forget the rest" is what has happened in CA. There is almost NO oversight, helped again by constant budget cutting. The idea of "quickly shutting down schools that aren't working" is a joke. Another "talking point" used to sell this bad idea. It doesn't happen. In the meantime, a generation of students is lost. With the budget situation in WA, I have no doubt that the promised "oversight" would fall during the budget-cutting sessions.

Charters are privately run but PUBLICLY funded — a diversion of public money to profit corporate coffers. Most charters are run by business executives with no formal training in education. This is solved by demonizing educators as unworthy of being trusted.

Teachers at charters don't have anything that helps keep qualified educators in education as a career. Low wages, no prep time, minimal (if any) benefits, and definitely no tenure. Any teacher can be fired at an administrator's whim. And, you can be sure there are many administrators who play favorites and fire anyone who disagrees in the least with anything they do.

Another point in the article, similar to a charter school press release, states that "the state should take what was learned elsewhere." One thing learned is that MANY charters do no better than the existing public schools, and MANY charters do worse. This is not mentioned at all.

For a fuller background on this most important issue, go to Dr. Kathy Emery's: educationanddemocracy.org and read her dissertation and articles. Her book Why Is Corporate America Bashing Our Pubic Schools remains one of the best in explaining the origins of the present state of education. It should be required reading for all of our elected officials.

Anyone who signed onto the charter petition, I hope that you re-think this and do more research to learn charters are not what they're cracked up to be.