Al denounced the idea of charters when it became clear that the concept had changed and was being hijacked by corporate and business interests. In Al’s view, such hijacking would result in the privatization of public education and, ultimately, its destruction — all without improving student outcomes. — Edith Shanker 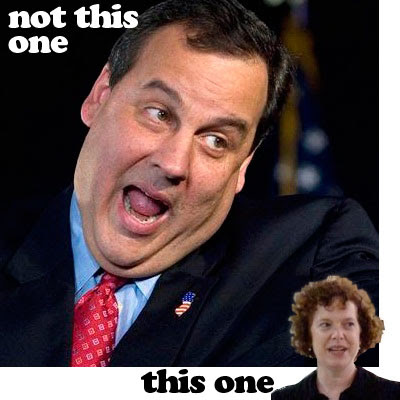 It all started a few days ago when Edison scoundrel and Broadyte Chris Cerf published a fact-free diatribe extolling a charter school solution to a non-existant problem. To say that Cerf plays fast and loose with facts would be the understatement of the summer, but his most mendacious statements (and a grievous factual error) occur in regards to the venerable Albert Shanker.

The incorrigible Cerf isn't the first corporate snake oil salesman to try and misrepresent the late President of the American Federation of Teachers' views, or for that matter, spin the original purpose of charters to be a gateway drug to vouchers. The latter argument is usual spun as "charter schools were created to be schools of choice." Anyone familiar with actual history knows that Shanker intended charters to supplement public schools by serving the most difficult to educate students (the ones current charters avoid like the plague), he never supported the core segregationist tenet of "school choice." Most high profile corporate education privatizers have perpetuated these outrageous lies at one time or another.

In What Chris Cerf Needs to Know About Albert Shanker the distinguished Professor Diane Ravitch took Cerf to task on his 896 word deception. Notably, the first thing she has to do is correct Cerf on Shanker's union affiliation. It speaks volumes that the bumbling Cerf, endeavoring to enlist an authoritative source, can't even get his source's association right. Ravitch literally schools Cerf across the board on Shanker's vision, intentions, and motivations for charters, and reiterated his staunch opposition to privatization and union busting. Since Ravitch knew Shanker, her recitation of historical facts is further bolstered by an understanding of the person being discussed.

Interestingly, at the end of her piece Ravitch outlines a set of ideas that would bring charter schools back in alignment with their original intent before they became a lucrative path to ever more privatization. Her list reads like a social justice manifesto, which, if implemented, would send the current charter camp scurrying onto the next bubble. Imagine Eva Moskowitz, Steve Barr, or Geoffrey Canada actually taking suggestions like this to heart?

...insist that all charters recruit and enroll only the lowest-performing students, the students who have dropped out, and the students who are doing poorly in their present public school. Ravitch

One would think that the profiteers and poverty pimps in the corporate education reform camp would have slithered back under their stones after being excoriated so effectively. Instead, Ravitch's speaking truth to corporate power brought out an even more deceitful and duplicitous individual than Cerf. Enter Laura Waters, an arch-reactionary with a doctoral degree in corporate servitude, or something to that effect. Waters, whose zeal for school privatization and segregation exceeds that of even Ben Austin or Michelle Rhee, cobbles together screeds littered with neoliberal gems like:

A survey of Water's corporate education reform essays reads like a John Birch Society education wish-list, with right-wing schemes of competition, choice, privatization, high stakes testing, and "merit" pay at the fore. Sadly, this reactionary repugnant is a School Board President.

Waters had the unmitigated gall to attack Professor Ravitch on her piece critical of Cerf. Despite having never met Shanker (unlike Ravitch), Waters decides that she can best speak for him. She then claims he'd be a corporate reformer pushing for segregationist ideas like school choice. The widely respected blogger Jersey Jazzman (aka Duke) exposed Waters' absurd ramblings to reality based community, and puts the reformers' misconceptions in perspective:

The rest of the Jazzman's post further dismantles Waters' tirade, including her patently false assertion that charters in New Jersey cannot be run by private entities. Ravitch wrote a short response on the Waters' fiasco, but it was the Darcie Cimarusti's response to Waters' arrogance that reminded us of another big fat liar — Rupert Murdoch's lapdog, Joel Klein. Like Cerf and Waters, Klein tried to claim Shanker as a corporate privatizer. Cimarusti (aka Mother Crusader) prompted rereading of a year old essay by Shanker's widow, Edith Shanker, entitled A Response To Joel Klein, in which all of these misattributions are cleared up.

A day later the Jazzman had even more evidence of Cerf, Klein, and Waters' perfidy. In that post he includes a brilliant comment by Jennie Shanker, daughter of the late unionist, that is profound beyond words:

your stance on this issue is diametrically opposed to his values and intent, and you are dead wrong to shame Diane Ravitch for her position. Indeed, if you consider your thinking to be in line with my father's, I recommend that you champion her work, as my family does. If anyone can speak for my father in this day and age, the person who should be most trusted is Dr. Ravitch. It's unfortunate that many people who read your article will not see this comment. I would like to respectfully request that you reconsider further publicizing your characterization n of my father's position on this topic. From what is in evidence in this article, despite your love for the man, you are in no position to speak for him.

I feel it's very powerful that she names Professor Ravitch as the inheritor of Shanker's mantle. Moreover, these clashes with the corporate education reformers are extremely important, and not just empty exercises. We must point out every lie, false claim, miracle school, vested interest, and, yes, falsification of Shanker's ideals that the no-excuses crowd puts out there. Every time the corporate reformers get away with telling the public falsehoods, they are able to push us ever closer towards their goals of total privatization.