LA Times will support John Deasy so long as their customers are corporate advertisers, rather than LAUSD schoolchildren 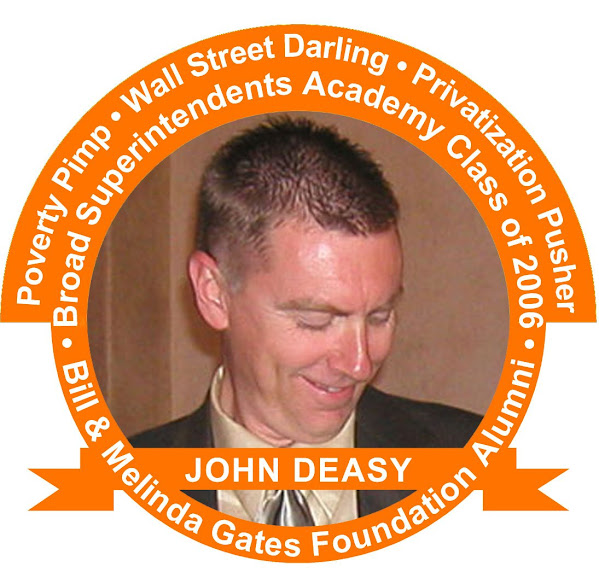 Reaching dizzying heights of comedic apologetics for beleaguered Broad Superintendent Academy graduate John Deasy, the Los Angeles Times has penned daily editorials and articles pleading the public to pressure our elected school board into laying down and ignoring Deasy's latest batch of failures. Like any first year law student I've been very busy. Too busy to respond to all of their wrongheaded propaganda, but today's editorial forced me to divert my attentions. I responded thusly:

Another breathtakingly mendacious editorial by the stenographers of plutocracy—also known as the Los Angeles Times. Ignoring the vicious attacks on our elected school board members, and the poisonous vitriol towards our working class teachers this ham-fisted screed metes out, let's look at some of the lies of omission regarding the individual who was ignominiously run out of both Prince George's County and Santa Monica-Malibu Unified School Districts.

Putting aside Deasy's relationship to convicted felon Robert Felner, and the concerns regarding the irregularities of Deasy's academic credentials, here is a "greatest hits" list of Deasy's tenure at LAUSD.

Any one of these would have ousted a Superintendent, but because Deasy has Eli Broad immunity, He has been able to avoid termination, and perhaps even criminal prosecution. It's time for this reign of incompetence to end.

Dr. Cynthia Liu, of K12NN fame, had some additional Deasy "hits" that I failed to list. They are reproduced here.

Two things from K12NN if you're writing to the LA Times to urge that Deasy resign:

Examples of gross incompetence by Deasy: 4th largest CA school district Fresno USD conducted an external FCMAT tech review of their district's needs before embarking on any new purchases or upgrades. Second largest CA school district, San Diego USD, did its own year-long tech review and spoke to teachers, parents, students, IT support staff, other school staff, and administrators about the technology strategic plan, then used a specific tech bond to fund the rollout.

The Los Angeles Times keeps insisting their obsequious support for Deasy is based on "his sense of urgency". There's a word for urgency without intelligence, reasonableness, or forethought — that word is recklessness. The last thing our school district needs is an individual whose recklessness remains unabated and unchecked. Deasy needs to resign. Now. 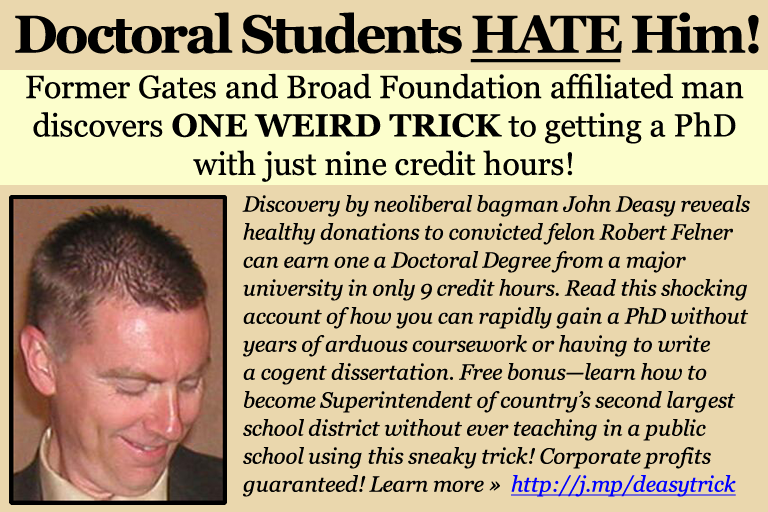