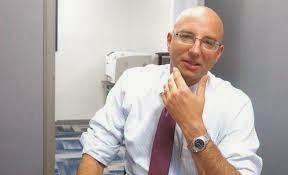 Former charter CEO and current ASD superintendent, Chris Barbic, collects a salary that is larger than the superintendent of Shelby County Schools, which has over 100,000 students.  Barbic oversees 10,000 students and a staff of 30 at ASD's downtown Memphis location.

Barbic collects $116,110,000 from taxpayers each year for the charter chain gangs that are run by Barbic's out-of-state cronies.

With the federal grant now gone that has been paying salaries for the 30 skinheads at their central office downtown, that $3,000,000 they have collected each year must now come out of public funds.


Barbic, who was hired in 2011, makes more than $215,000. That money and all the other salaries will need to come out of the per-pupil funding, which will mean less for the schools.

With the test scores at most of the ASD charter hellholes lower than the schools they replaced, it's hard to see how that horror story is going to be helped by Barbic siphoning off more funds intended for students.

When will Memphians run these corrupt bastards out of town and reclaim their schools?
at 1:26 PM