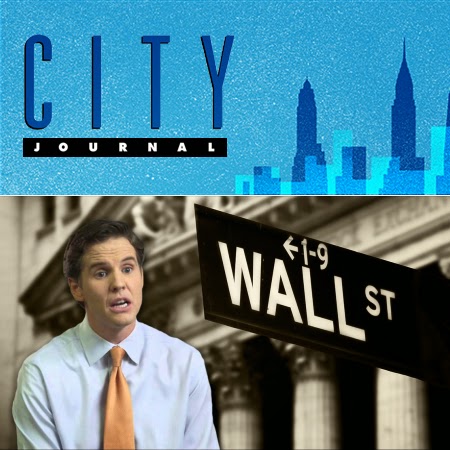 Last month Boychuk penned a postmortem on Wall Street banker Marshall Tuck's failed bid in California to join Arizona's Tom Horne and John Huppenthal as an ideologically charged non-educator holding a Superintendent of Public Instruction seat. Amidst his anti-union screed Boychuk admits, somewhat surprisingly, that Tuck's wrongheaded championing of plutocrat David F. Welch's Vergara lawsuit was a major misstep. Boychuk then makes a statement that is breathtaking inasmuch as he places the blame for Tuck's loss squarely on the anti-racist crowd. My commentary to follow, but let's look at his statement and my November comment in response.

The teachers’ unions and their surrogates, such as Diane Ravitch, used Tuck’s charter school ties to paint him as a racist, a bigot, and a tool of “the power elite.” Their attacks bordered on defamation, but they worked.

Addressing his misinformed and churlish assertions regarding defamation, I responded thusly:

Robert D. Skeels November 13, 2014 at 2:47 PM
There was no need to 'paint [Marshall Tuck] as a racist, a bigot, and a tool of “the power elite”', since an honest account of his actual record did just that by itself. No one was more forthcoming about Tuck's record than I was, because as a law student I am well aware that truth always serves as an affirmative defense to defamation, and every statement I made about Tuck was a well documented truth.

I, for one, think it's wonderful that the fringe-right wants to credit anti-racists with Marshall Tuck's defeat. Even more so because corporatist Tuck would have defended, in Boychuck's words, "charter schools and public [sic] school choice." While Boychuck uses Professor Ravitch's name, it's irresponsible and inaccurate to say that she made all the comments that he credits her with. What is true, and the link he provides is a good example of it, is that Professor Ravitch was sure to disseminate all of the wonderful essays and articles about Tuck that weren't going to be published in the corporate media. The RedQueeninLA, Ellen Lubic, Cheryl Ortega, Dr. John Fernandez, Jose del Barrio, and many other social justice activists wrote about Tuck's abject record, bigotry, and veritable crimes against students.

I too wrote a bit about Tuck. In exposing his bigotry and myriad failures, I had to put up with abuse from his obtuse Hollywood supporters, some profoundly ignorant rich white guys, and even had to block some abusive Tuck supporters on twitter. One of the more intriguing critics of my work was Conor P. Williams of the right-of-center think-tank New America Foundation. My friends at PESJA forwarded me this tweet by Williams, in which he took issue with an excerpt from one of my polemics against Tuck.

I support dual language programs, but this anti-reform ad hominem is unnecessary and unhelpful: https://t.co/poCfVK6bwg

Neoliberal corporate eduction reform apologist Williams rarely has anything substantive to say when confronted by facts, and here when the PESJA folks grilled him he went into derailment mode. I'd challenge him to an honest debate in which he could try to make the case that shuttering Ethnic Studies, Heritage Language Programs, and Dual Language Immersion Programs isn't racist, but he isn't the type to engage in actual debate. For example, his laughable straw man arguments against Corey Robin's brilliant 2012 essay. I would hope that Williams would be astute enough to know that Robin's point speaks to the attitudes of the type of well-heeled folks that fund Williams' employer. Williams' big paychecks (despite his persistent whining about still paying student loans), are, of course, derived in large part from the anti-public education plutocracy. By making everything about himself, he effectively deflects the conversation about the neoliberal corporate elite he works for.

Many of us worked tirelessly to keep Marshall Tuck from being elected. My first semester of law school suffered mightily until, ostensibly, after the election. With money flowing in from the wealthiest white men in the world, Tuck had every advantage except the truth. We told the truth about Tuck, and if Tuck's fringe-right supporters like the Manhattan Institute want to say that "worked", then it makes it all worth it.

2014 was a wonderful year in which bigots Marshall Tuck, Tom Horne, and John Huppenthal all lost their elections.