Two days ago the University of Memphis Faculty Senate gave a big thumbs down to President Rudd's private sweetheart deal with the bogus teacher prep outfit, Relay School of Education.  Not only did Rudd act as if he could disregard the faculty governance structure of the university, but he also seems to think that the College of Education does not need to vote on a plan to create a teacher prep caste system inside that department.

So far Rudd's only rationale for the racist plan is that it is for the poor black kids of Memphis.  Is there some virtue that can be linked to offering prospective urban teachers Relay's dumbed-down test preparation curriculum that focuses on how to apply thumb screws to children living in poverty to produce higher test scores, and thus justify the elimination of legitimate teacher preparation programs across the state of Tennessee?

Below is the letter from Rudd setting out the sweetheart deal.  Does anyone else think public money should handed over to charter profiteers and hedge fund operators? Click on document to enlarge. 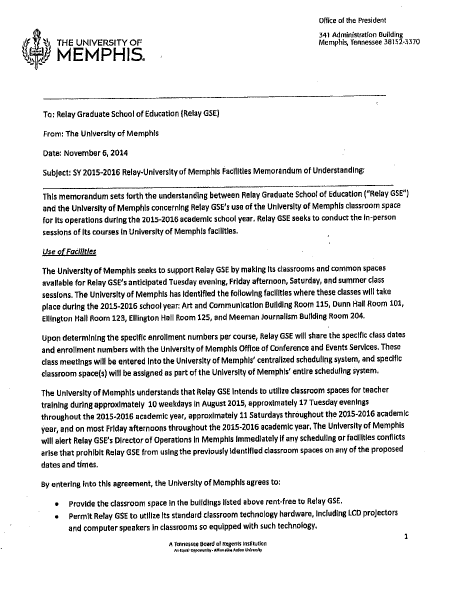 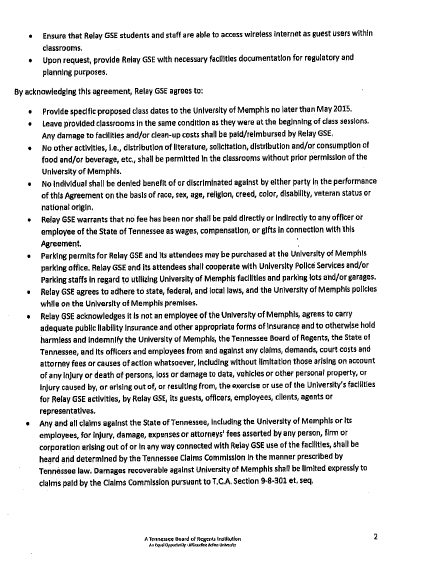