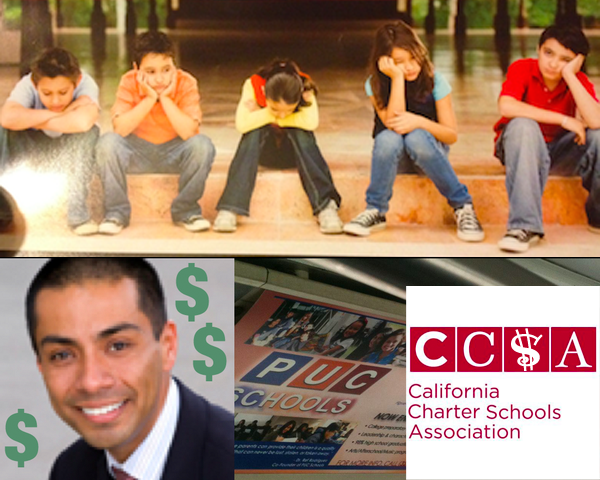 Charter industry profiteer Refugio "Ref" Rodriguez, and his California Charter Schools Association's (CCSA) ruthless campaign to capture the Los Angeles Unified School District (LAUSD) Board of Education seat for District 5 has had every advantage. Rodriguez is backed with millions of dollars from an assortment of billionaires ranging from right-wing extremists like the Walton Family Fortune (Walmart) heirs to anti-public-commons ideologues including Reed Hastings, Eli Broad, and Michael Bloomberg. He has received uncritical press from all the major Los Angeles corporate media outlets. Rodriguez has waged a dishonest campaign that viciously mocked the incumbent school board member's disabilities, and went as far to make deplorable accusations of racism. With essentially unlimited funding at his disposal, one would think that the profit hungry corporate charter school executive wouldn't need any more advantages. However, Rodriguez and his CCSA allies are leaving nothing to chance in defense of their lucrative profits. Profits that have been threatened by an incumbent who has insisted that the charter industry serve all students, not just the ones that are "cheap" to educate.

Evidence of possible further impropriety was provided by Cheryl Ortega. Ortega is the Director of Bilingual Education at United Teachers Los Angeles, has taught in the community for nearly half a century, is a member of the Greater Echo Park Elysian Neighborhood Council, and was recently honored as the 28th Congressional District Woman of the Year. Given her long-standing ties to the community, parents frequently use her as a clearinghouse for education issues. For example, this revelation that she posted on her Facebook feed:

Interesting and shocking fact regarding the Kayser - Rodriguez LAUSD school board race. A long time friend and former school parent at Logan Elementary School, told me that parents at the Sandra Cisneros/Camino Nuevo Charter Corp School in Echo Park were paid to attend political meetings to help elect Ref Rodriguez. They were told that Bennet Kayser would "close down their school" if elected to the school board. I am not surprised at Camino Nuevo's message given their record of "misleading" parents.

Asking around, I've been informed that these parents are being paid in kind (not cash), with expensive dinners, trips to Starbucks, etc. These reports corroborate each other, and with definitive proof that CCSA and Rodriguez are chasing profits, their purported "payment" of parents to sway this election makes perfect sense. Who is doing it makes sense too.

Camino Nuevo Charter Academy Corporation (CNCA) has a long record of duplicity. Their fourteen member Board of Directors, comprised mostly of hedge fund/investment managers, venture capitalists, brokers, and bankers, is wholly unaccountable to the community. CNCA's campaign to expropriate the newly constructed CRES #14 school site during Gates Foundation employee Yolie Flores' so-called Public School Choice (PSC) charter school handout project, saw CNCA trying to stack the vote by busing in outsiders. CNCA lost to the community public school plan by more than 2 to 1 margin, but Flores gave them our school anyway. Here is a photo, taken at Rosemont ES during the CRES #14 advisory vote, of one of nearly a dozen buses brought in by the Camino Nuevo Charter Corporation. 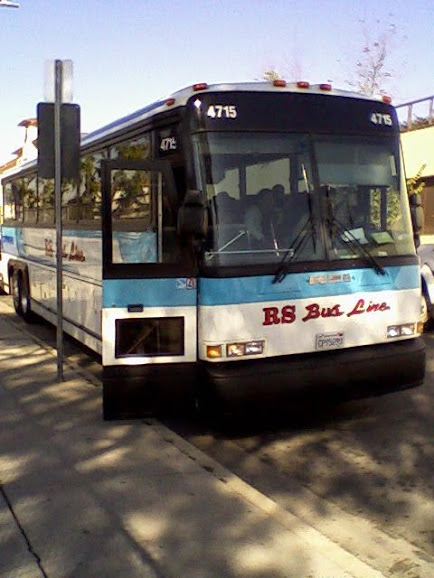 It should be no surprise if CNCA is bribing parents to campaign and vote for Rodriguez. Even when they aren't using meals, gift cards, t-shirts, and other material enticements to induce parents into engaging in charter political activities, the lucrative charter school industry has another means of getting what they want—forced parent work policies. For years social justice activists have pointed out that CCSA, CCSA Advocates, Families that Can, and individual corporate charter chains have compelled parents to participate in their political activities by evoking their required "volunteer" hours. However, it wasn't until the watershed report from Public Advocates Inc. entitled Charging for Access: How California Charter Schools Exclude Vulnerable Students by Imposing Illegal Family Work Quotas was published that we began to recognize the full extent of this practice.

The essay PROFITS! Why Ref Rodriguez and his CCSA covet the LAUSD Board Seat exposed the connections between the CCSA, transnational corporations, and local charter school profiteers. This quote is extremely important:

CNCA Corporation's 2012 Form 990, Part VII§A shows Ponce stuffing her pockets with a mind-boggling $230,811.00. Her ties to Rodriguez extend beyond their mutual profiteering, and California Charter Schools Association (CCSA) board memberships. Ponce did postgraduate work at Loyola Marymount University (LMU), and Rodriguez is an adjunct instructor there. Sadly LMU's education department faculty and administration is dominated by neoliberal privatizers, like Shane P. Martin, who actively work to destroy public education at the behest of their corporate sponsors. The one exception to LMU's complicity with the Broad/Gates/Walton Triumvirate is that of renowned Freirian scholar Professor Antonia Darder, who writes brilliant essays like Racism and the Charter School Movement: Unveiling the Myths. Darder's is the sole voice of reason in LMU's cacophony of corporate concerns.

Paying parents to advocate for the charter industry's political and financial aims, whether those payments are in kind, through required "volunteer" hours, or any other form of consideration is highly unethical, immoral, and likely illegal. In other words, it's just the sort of thing that Refugio "Ref" Rodriguez and his CCSA cabal would do.

If you live in LAUSD District 5, I implore you to demonstrate to charter profiteer Ref Rodriguez, his CNCA allies, and his deep-pocketed CCSA trade association that our communities value pupils over profits. Reelect the Honorable Bennett Kayser in the May 19, 2015 General Municipal Election!