The Commercial Appeal has a story on the leadership turnover for the eight schools that KIPP runs in Memphis.  The story notes the low performance of several of KIPP's schools.  KIPP's first school in Memphis, KIPP Memphis Collegiate Middle, opened 13 years ago, which should be enough time for the KIPP magic to happen, one would think.

Well, not so much.  In fact, KIPP's flagship has deteriorated, in fact, as measured by the VAM scores that the state uses to label public schools as failures.

In fact, we may ask when is the ASD going to take over KIPP Memphis Collegiate Middle.  Could the ASD raise the scores of one of it favorite charter chains that it calls on to work miracles in Memphis? 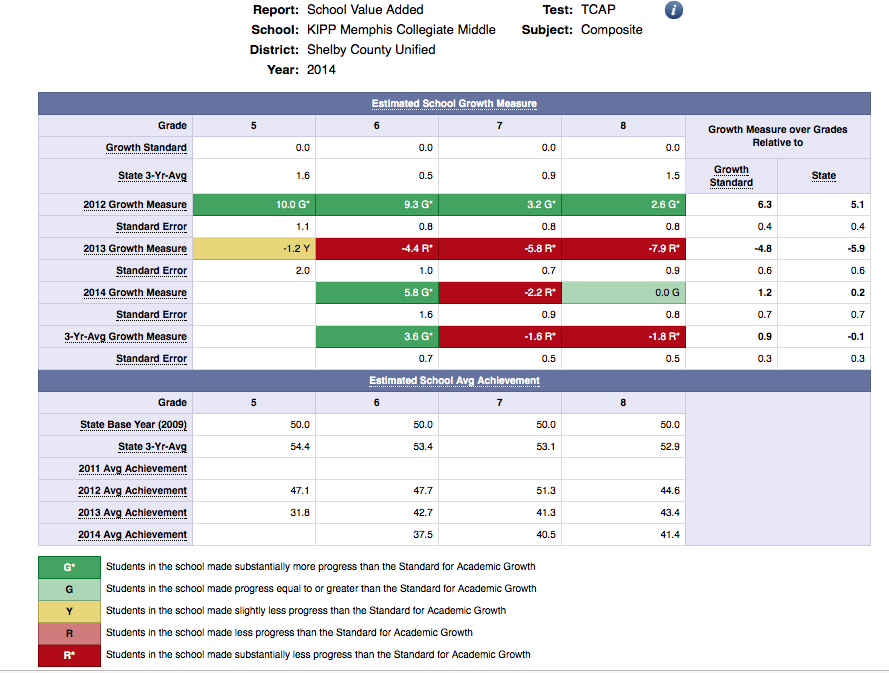